Obviously this is not a party, it’s an exhibition. The show is a selection of videos, fabric pieces, and sculptures gathered from different projects and places made over the last few years. While there should not be any connection between the pieces they actually cohere. As with many recent exhibitions of his work, Phelan has combined contrasting works to re-narrativise them, using old and new pieces to chart out another story, in this case a party of objects, blinded by ego.

There is always a mix several references with Phelan’s work, not just a semantic play, but proposing conflicts between given understandings and interpretations. This is an attempt to undermine the certainty of cultural assumptions through what has been termed as an “infrastructural aesthetic”. This concept allows for several parallel narratives to exist, linking the physical to the political to the societal to the individual. Visually the starting point is civil engineering, re-routed with unlikely content and materials. As with much of Phelan’s work there is an attention to detail and uncommon use of materials which constant shifts the viewer back onto the artwork.

The works in the show are therefore eclectic so as to reflect a complex reality of contemporary life [in Ireland] via the man behind our bankrupt economy, an overarching utopian failed fantasy, an emasculated super hero, a misogynist secret camera, the questionable futility of protest, engineering as non-functional decoration, and a fascination with assholes. 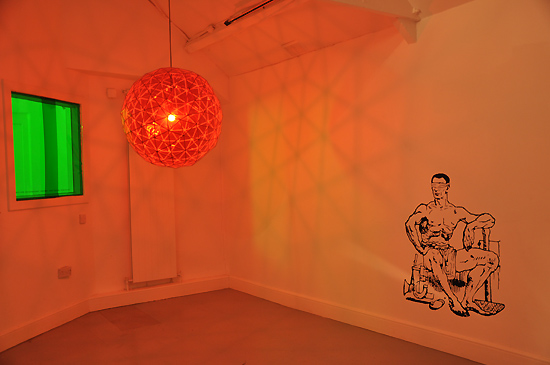 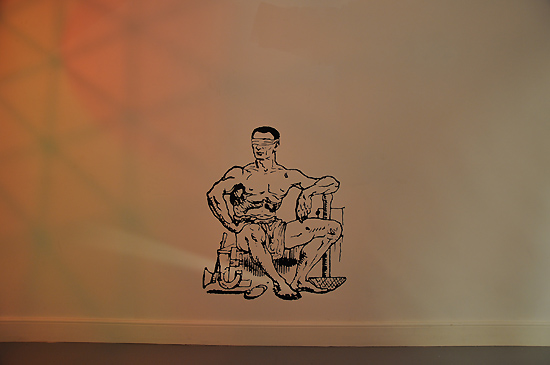 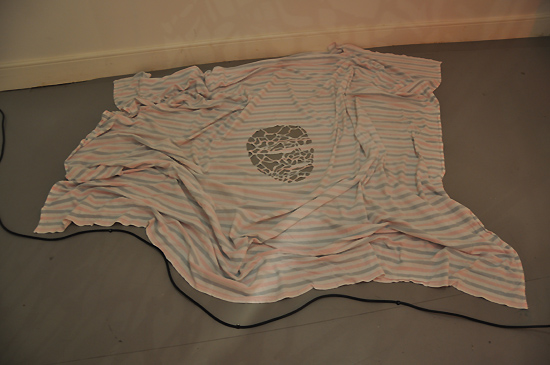 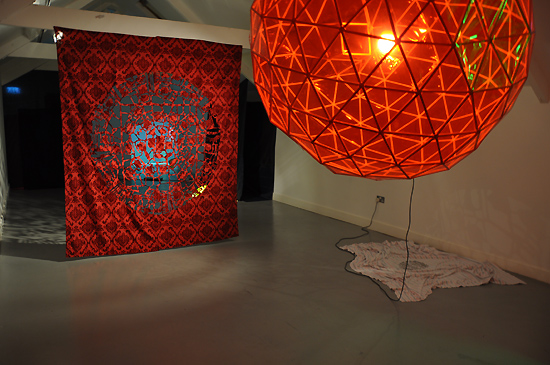 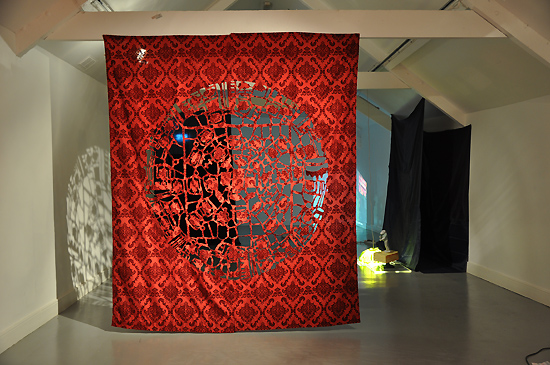 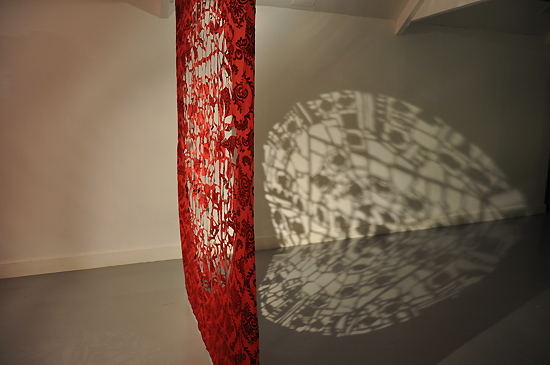 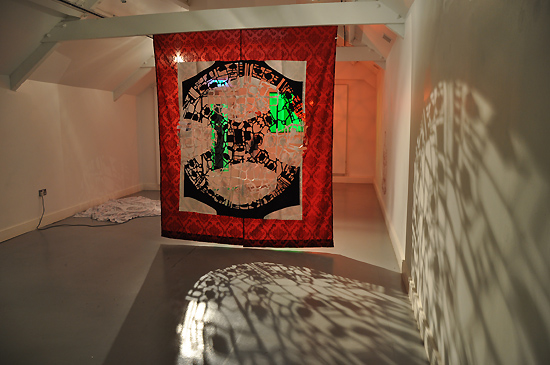 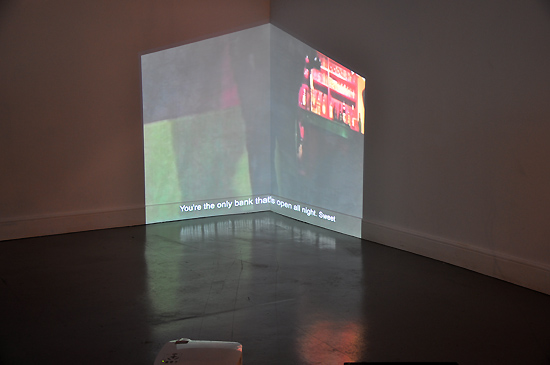 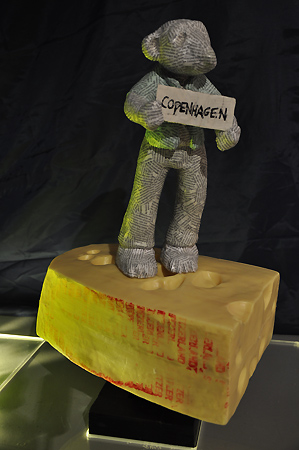 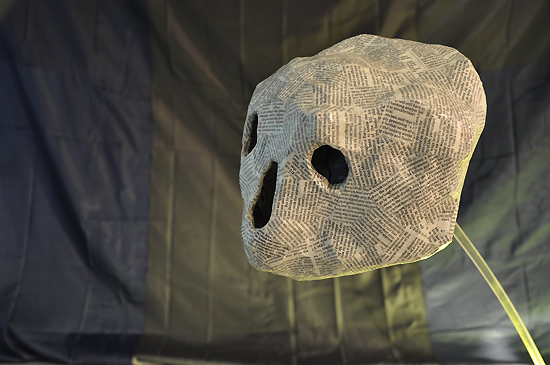 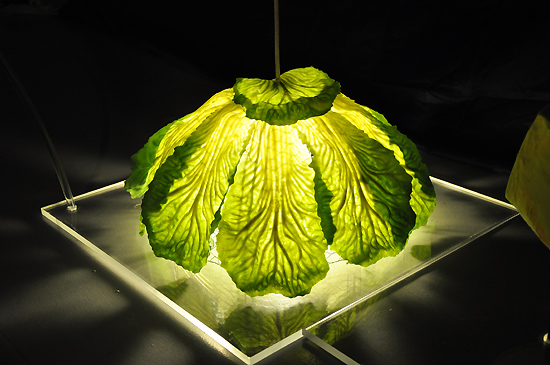 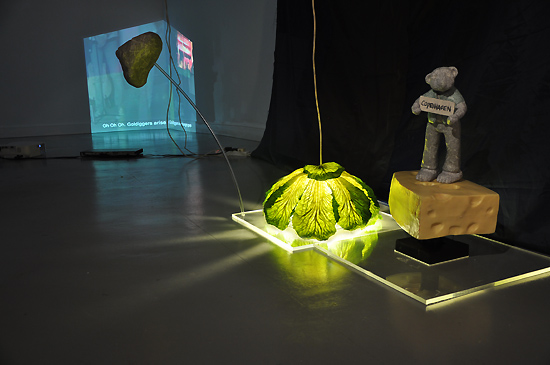 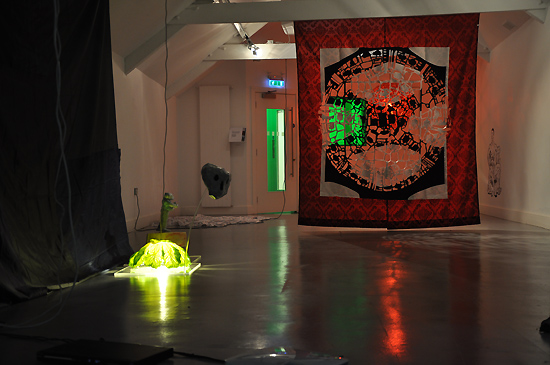 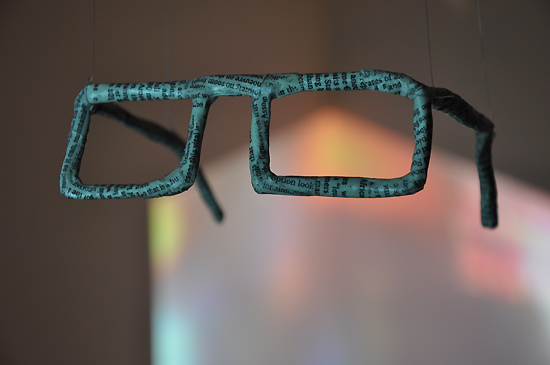 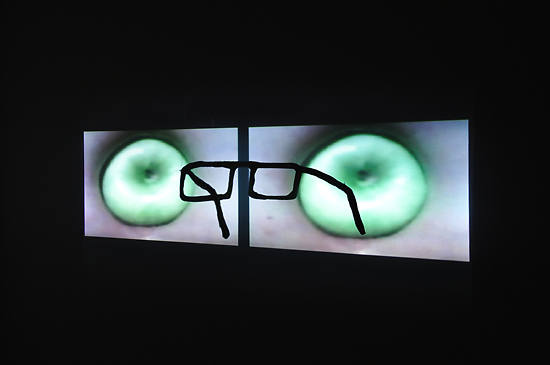 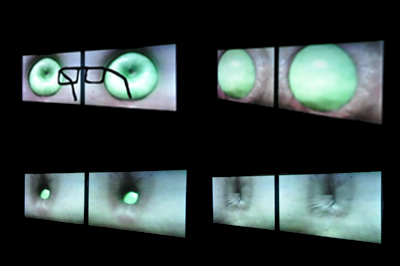