Named with the help of the pupils of St Francis of Assisi Primary School, Belmayne, Balgriffin.

The inverted oil rig sculpture is a development of a work originally made for the gallery in 2005. The design was taken from this work and so the resulting sculpture can read like a 3d drawing as it is made from square metal profiles. Further additions were replacing acrylic rods with water jets. This activates the sculpture in its outdoor site and helps the work look different from various angles.

The original piece was tied to a narrative about the newspaper heir Gordon Bennett Jr and an island in Siberia. This was re-introduced during a series of naming workshops that took place earlier this year find a name for the work. The primary school children from a local school came up with a number of names which were put to a vote. Three titles were then chosen, the descriptive one, the artist’s favourite and the children’s favourite.

The piece connects directly to the sustainable design metaphors used in the park as the rig is notionally returning oil to the ground. The piece is a creative response to the alternative energy resource provided by the five wind turbines which dominate the promenade area of the park. 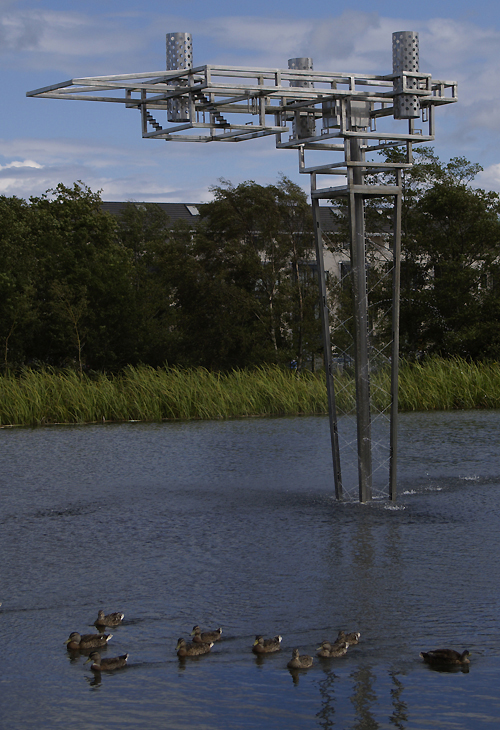 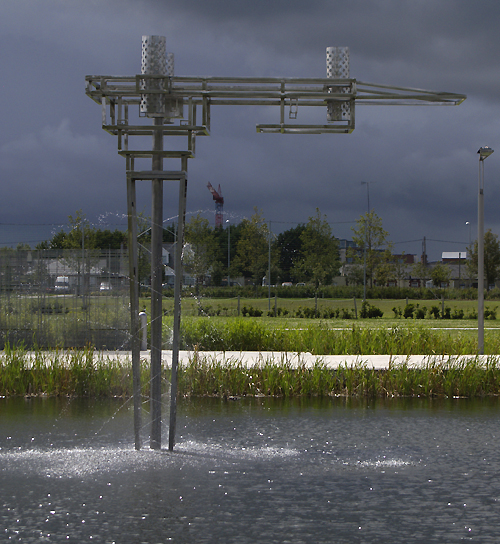 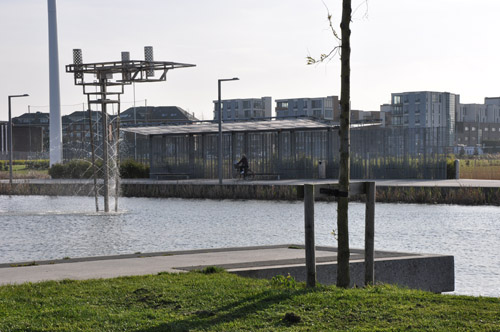 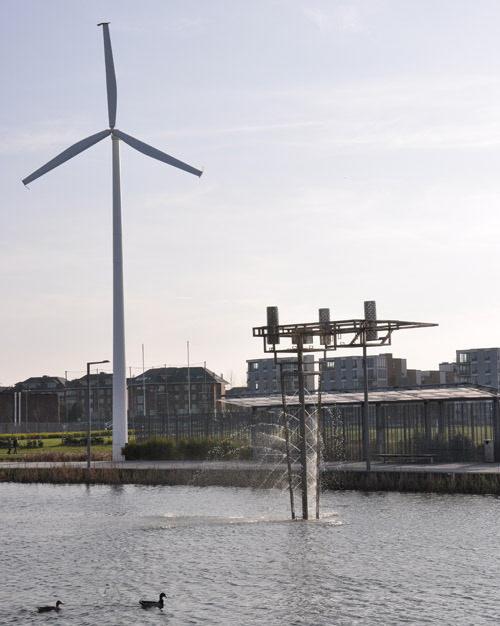 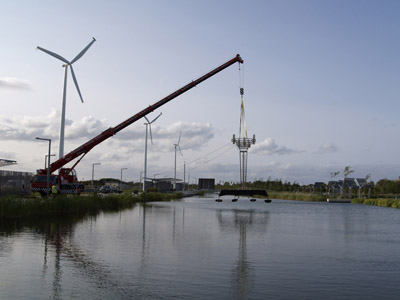 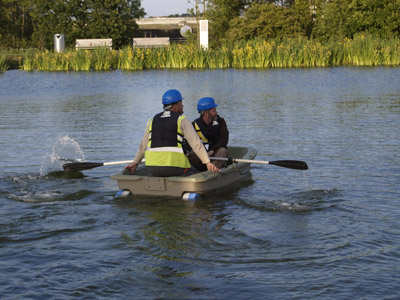