Journey to the Centre of Blanchardstown Roundabout, 2003

The work surveyed the development in West Dublin where Phelan grew up, presenting a mixed media map reflecting the changing cultural and physical infrastructure. The piece combined a variety of references detailed below:

1. “When I was teaching at Cooper Union in the first year or two of the fifties, someone told me how to get onto the unfinished New Jersey Turnpike. I took three students and drove from somewhere in the Meadows to New Brunswick. It was a dark night and there were no lights or shoulder markers, lines, railings, or anything at all except the dark pavement moving through the landscape of the flats, rimmed by hills in the distance, but by stacks, towers, fumes, and colored lights. This drive was a revealing experience. The road and much of the landscape was artificial, and yet it couldn’t be called a work of art… The experience on the road was something mapped out but not socially recognized.”
Talking with Tony Smith by Samuel Wagstaff, Jr., 1968
[Vinyl wall text]

2. Sign from the fast food shop “nine one one” in an ESSO petrol station on the Navan Road, Dublin 15, opened in late 2002.
[Duratrans photograph with solar powered turning mechanism mounted on PVC]

5. Tony Smith (1912-1981)
Willy
1962, painted steel
92 x 216 x 144 inches
Willy is meant for viewer interaction! It invites people to sit on it, walk under and through it. In the minimalist style, it is a painted, hard-edge geometric abstraction. Smith is one of the most important sculptors to emerge from this minimalist style of sculpture. Willy’s name originated from a Samuel Beckett play entitled “Happy Days,” in which one of the characters is a grovelling husband “slithering around on the floor.”
[Self-adhesive wood effect wall vinyl]

6. “Journey to the Centre of a Roundabout”, the video
– shot on location walking around the central lamp post surround by trees on the Blanchardstown Roundabout.
[VHS video on monitor]

The work was made for the exhibition “Permaculture”, curated by Grant Watson and Vaari Claffey, Project, Dublin, 2003 and also exhibited at “Painting without Numbers”, Cluain Mhuire, Galway Arts Festival, Galway, 2003 curated by Deirdre O’Mahony. 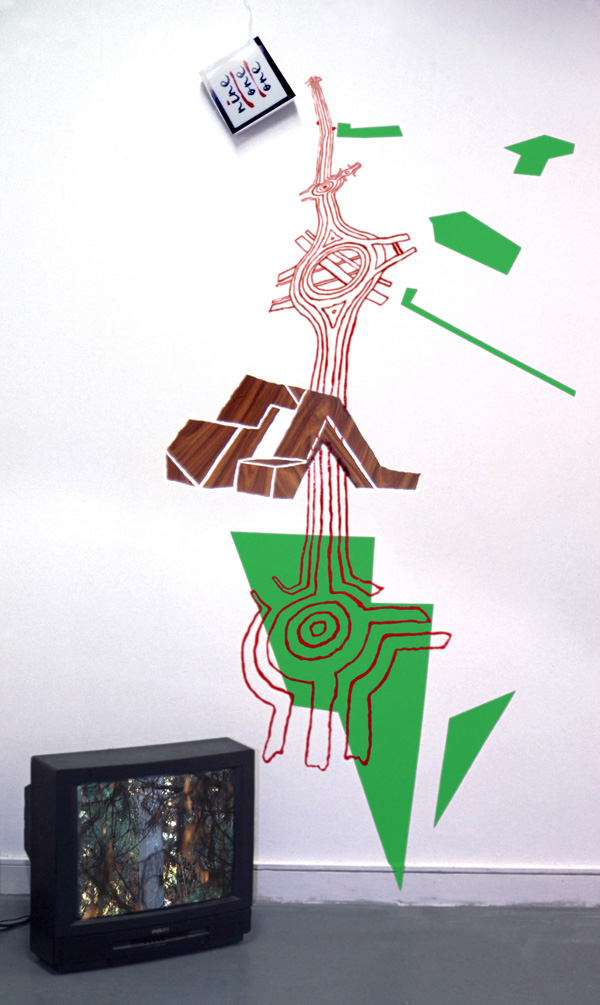 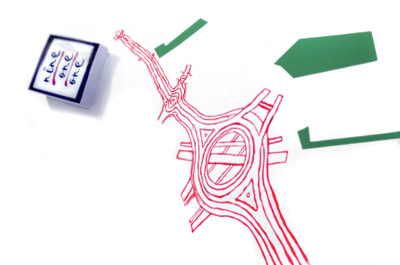 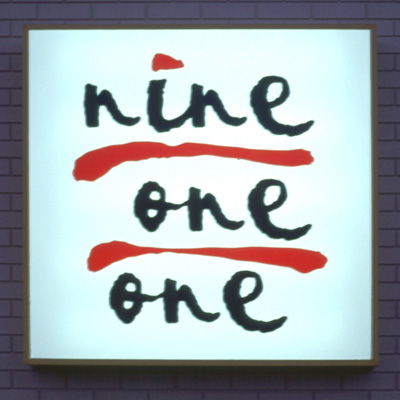 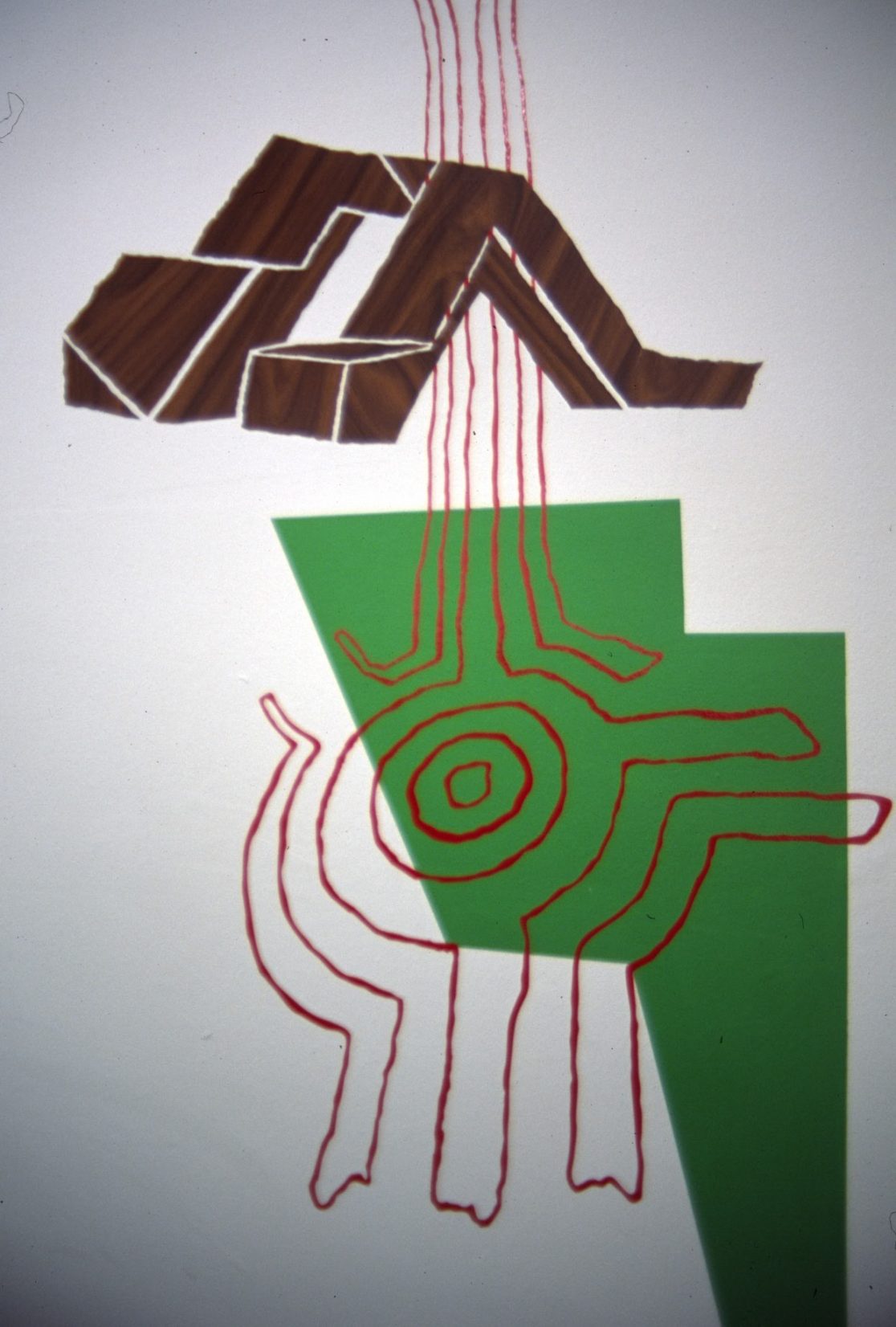 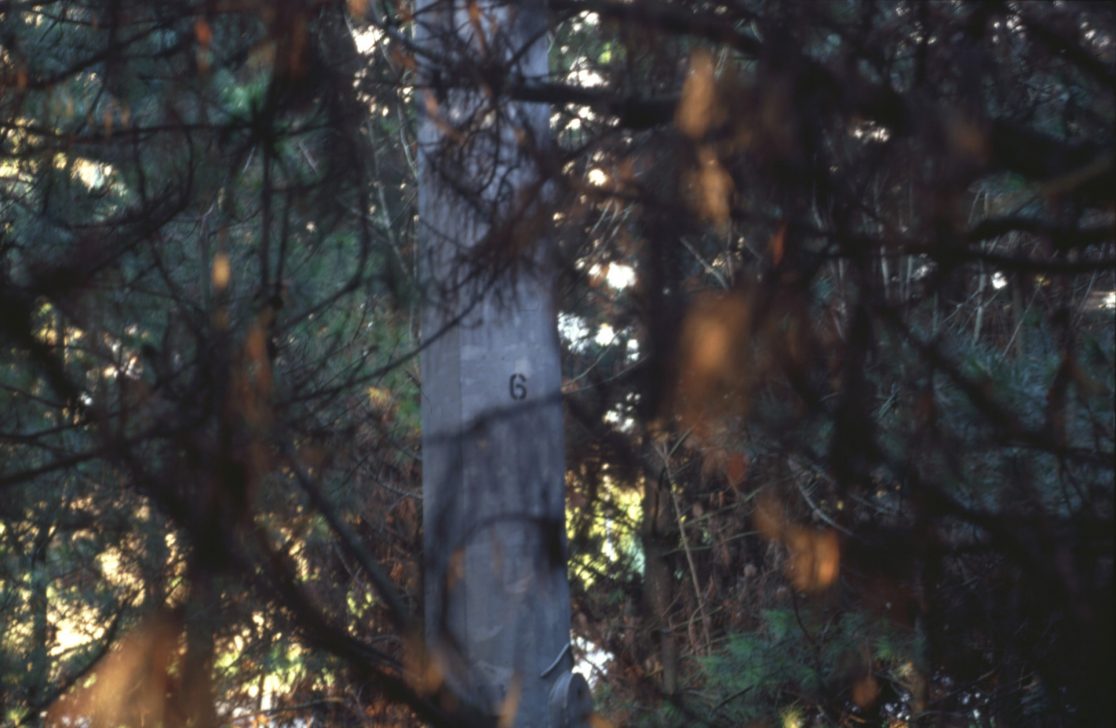 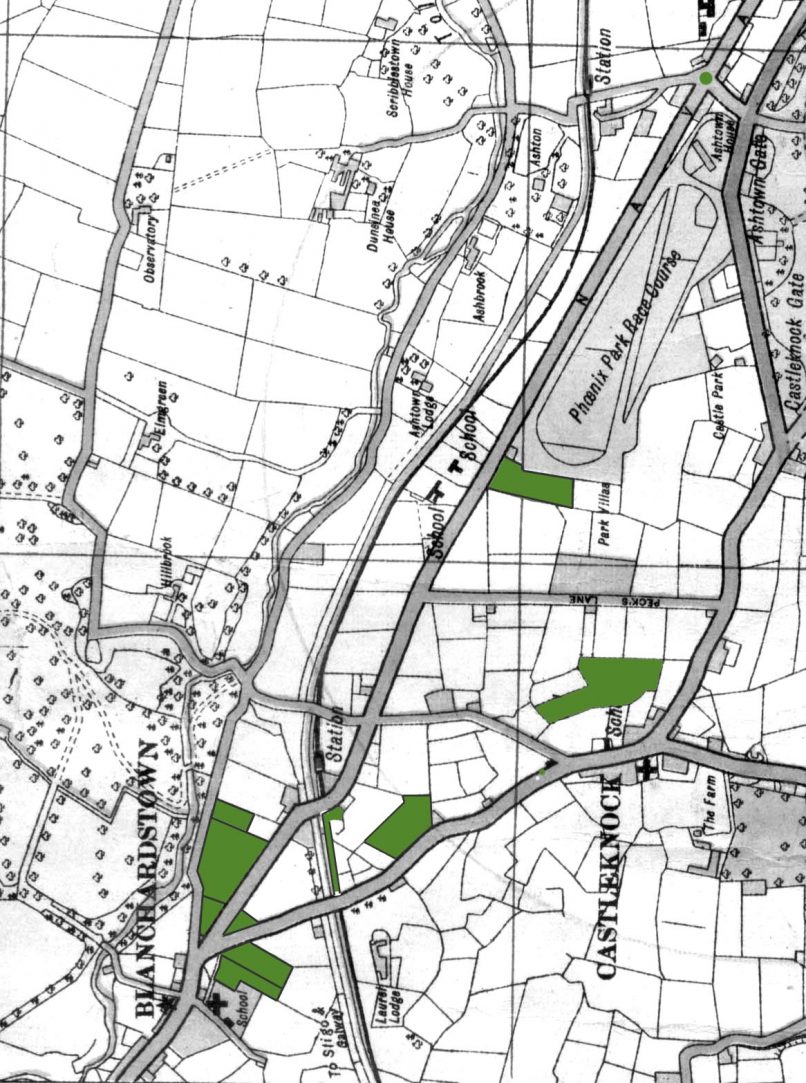 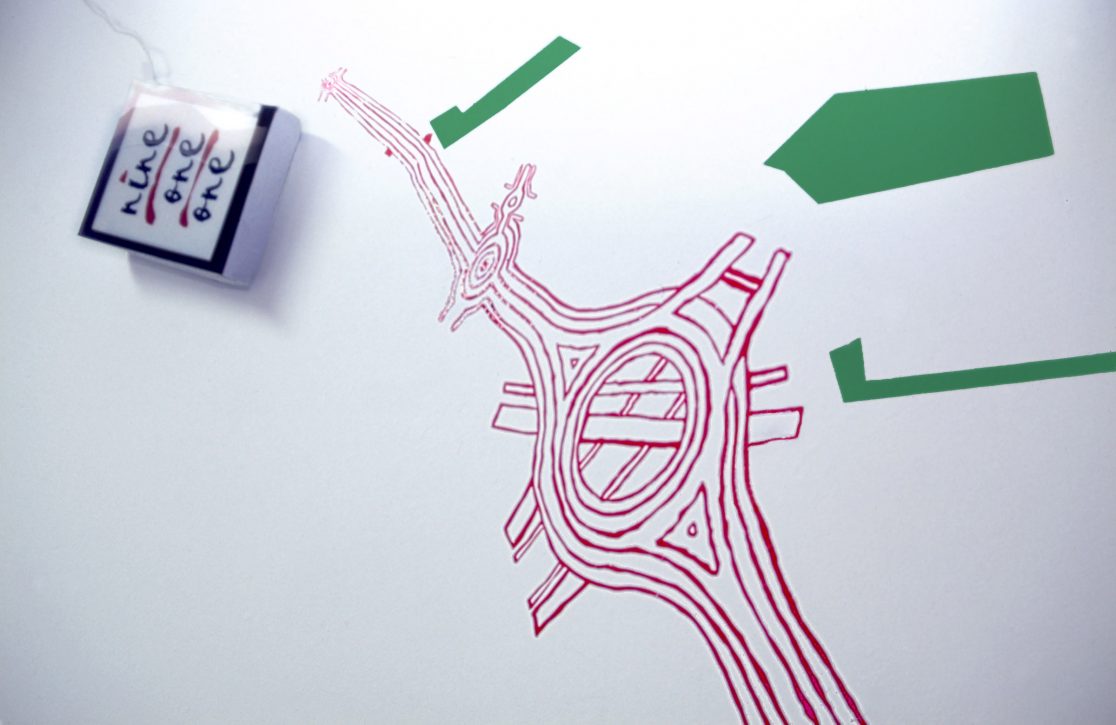