The work was made for a large annual group exhibition that generally struggled with interpretative materials, especially curatorial wall panels. The proposal text below explains the project. A lot of the writing was done during the final week of installing the exhibition as works arrived and final cuating decisions were made by Zdenka Badovinac for the  2004 ev+a was ‘Imagine Limerick’.

You are probably almost finished your selection for EV+A by now and I know this is quite late getting to you. Apologies. I had an idea for a proposal but actually fell sick with flu over the last week and as I went off-colour so did my initial concept. Nevertheless, suddenly, as I recover, it seems like something that may actually be useful to you and so I am sending you this short proposal.

The idea came to me after attending some talks at last year’s EV+A. Many issues surrounding the exhibition were discussed in a two-day informal session. One of the things I had noted was how the interpretative devices used by for the show always seemed quite poor during the exhibition. The catalogue is normally towards the end of the exhibition and in the mean-time there is not a lot that comes between the viewers and the art. This is not necessarily a bad thing.

My idea was to write interpretative text panels for all the exhibition spaces in EV+A. These could be written in conjunction with the selector/curator but I would prefer it to be a commentary on their selection rather than a collaborative initiative. The texts would be short, pithy and not entirely descriptive. Rather than explain everything they would add an additional narrative to the selection (while also guiding viewers towards thinking about the work on display). The writing would need to be done in the two weeks running up tot the opening of the show so that the panels could quickly go through graphic design production and installation. I would need to be in situ in Limerick for this and co-ordinate closely with the EV+A administration and yourself.

Regarding my experience, I have exhibited in Limerick City Gallery several times, as part of EV+A and also with a solo exhibition in 2000. I write a regular column for the SSI Visual Artists Newsletter and am a member of AICA. I have also visited Slovenia recently and there should have been a twist to this proposal but it didn’t happen due to this dam flu. Hope you have time to consider this and that we get a chance to discuss this further. 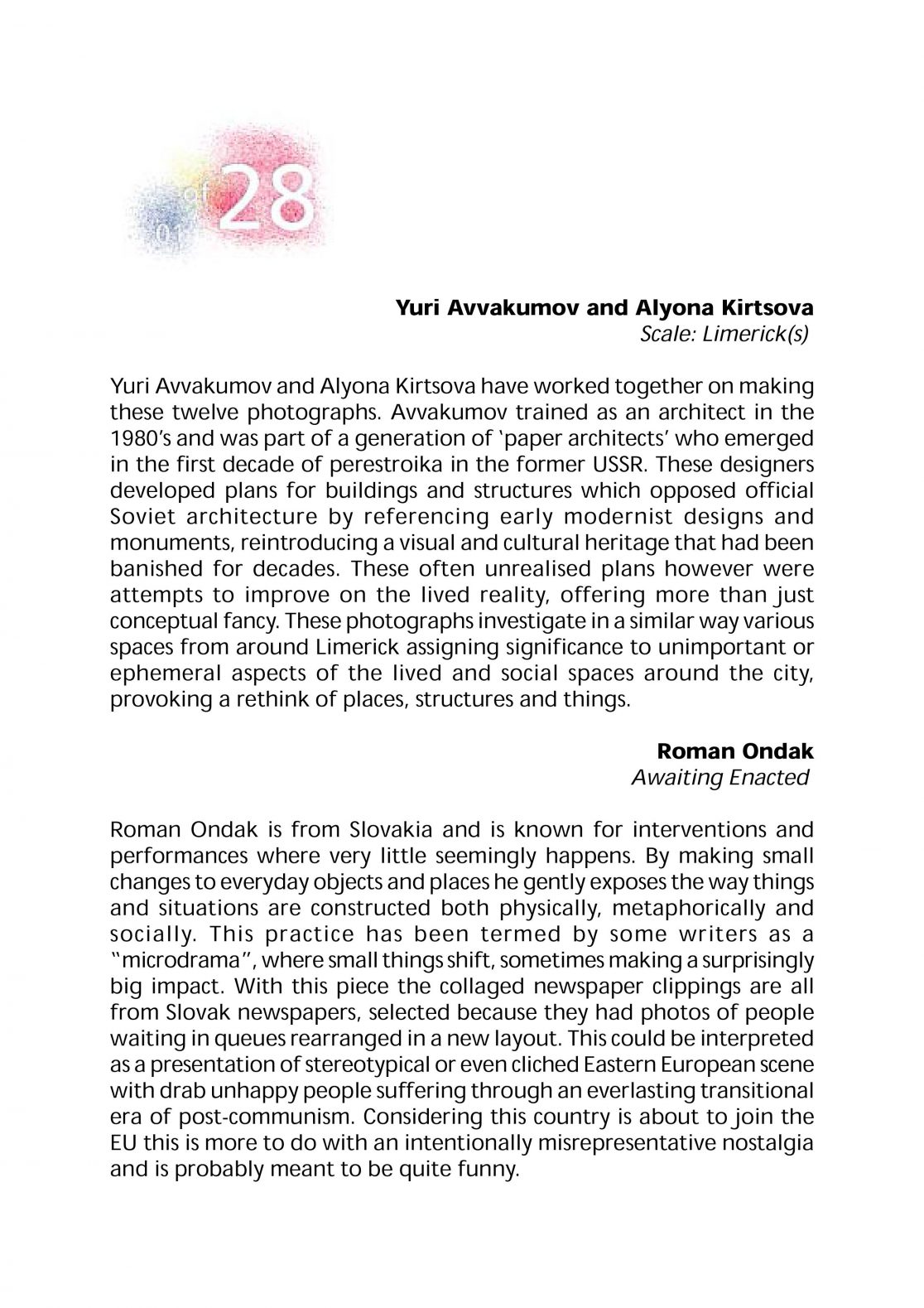 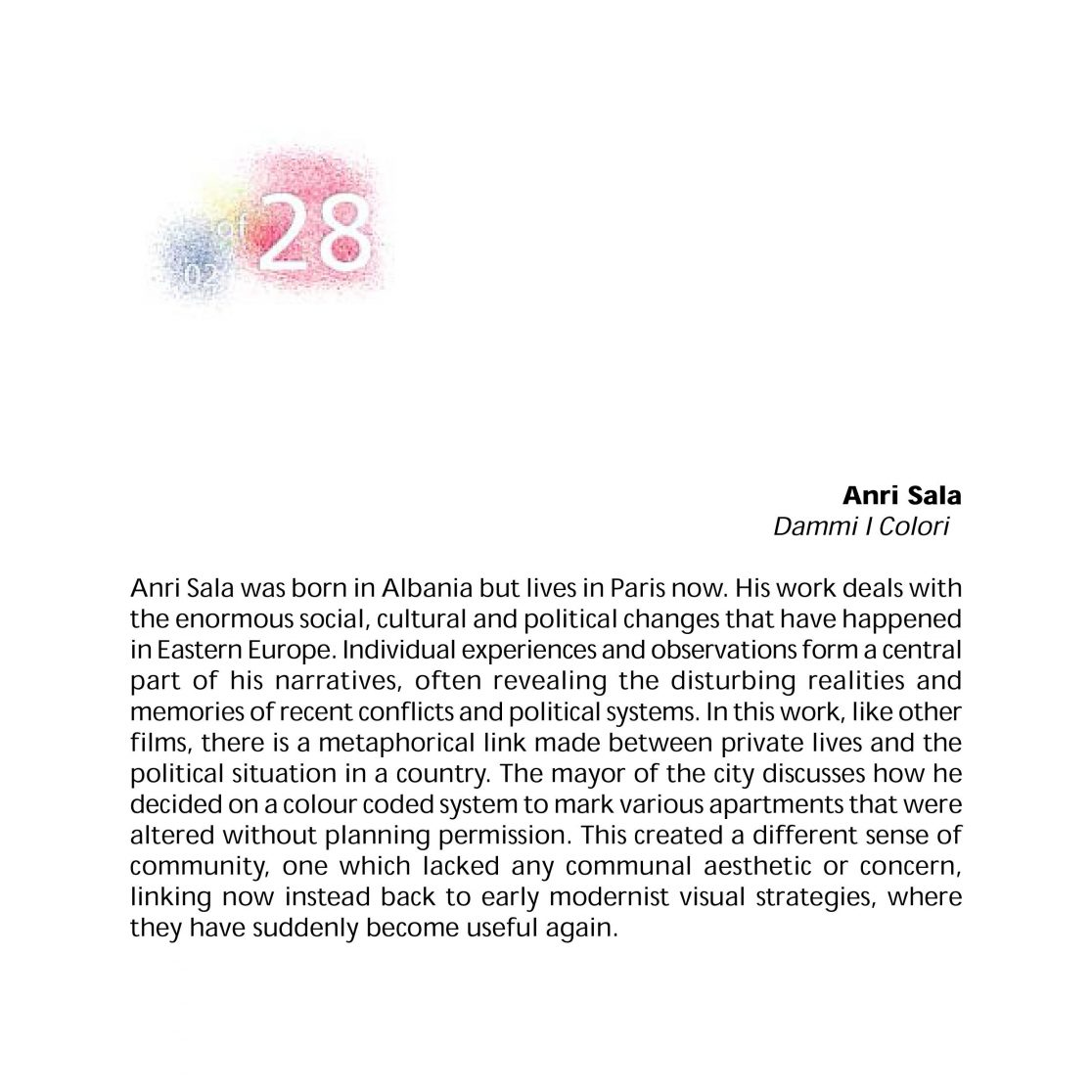 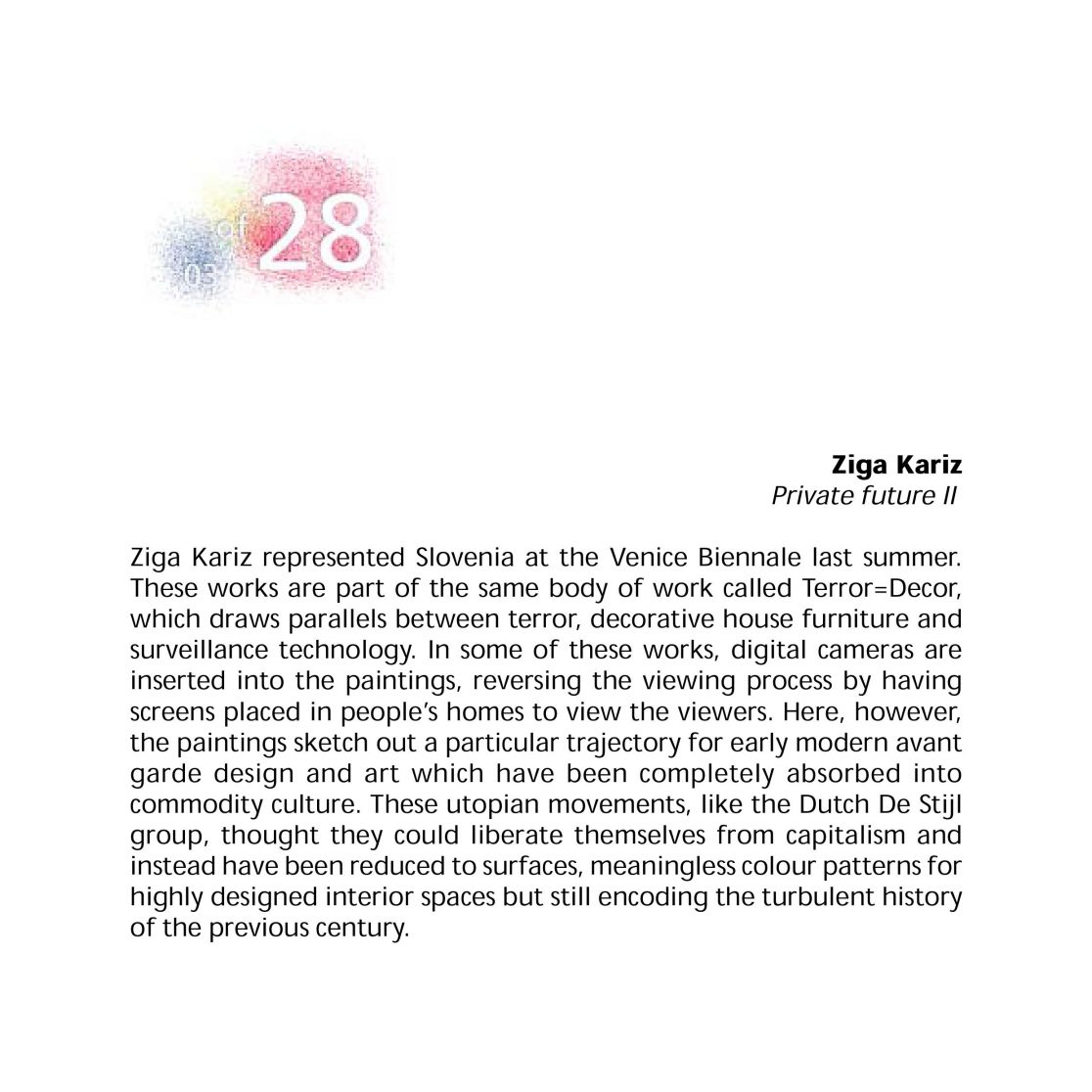 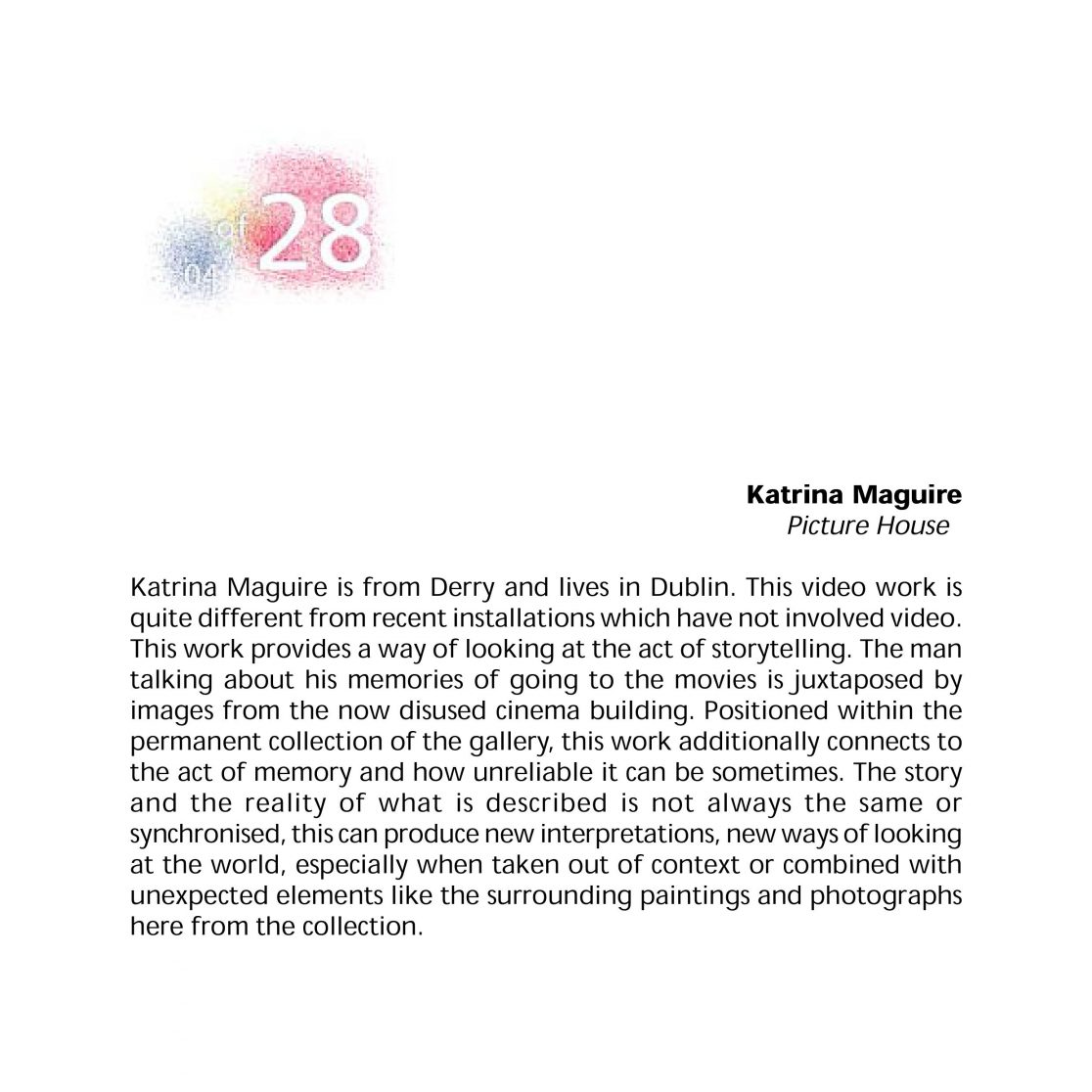 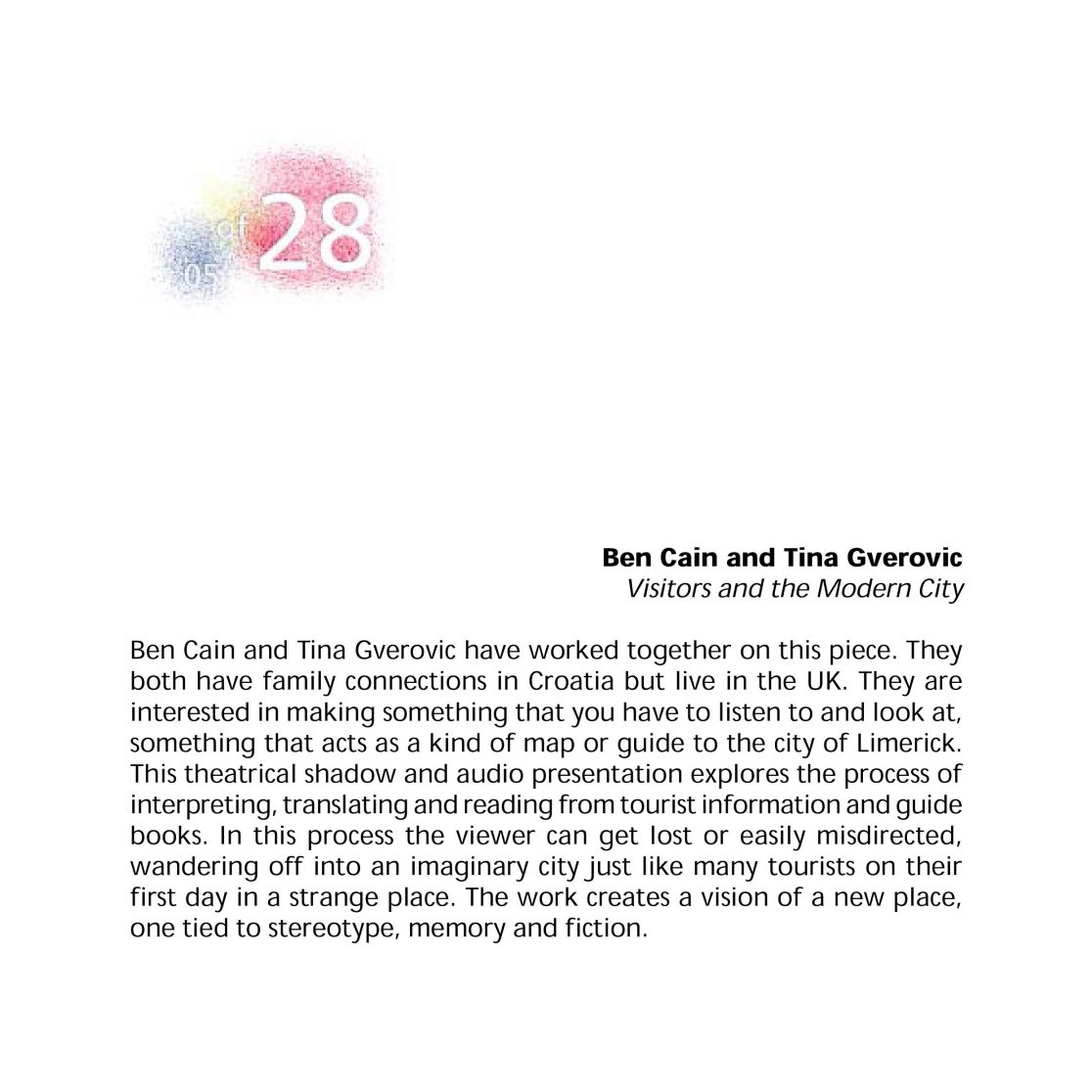 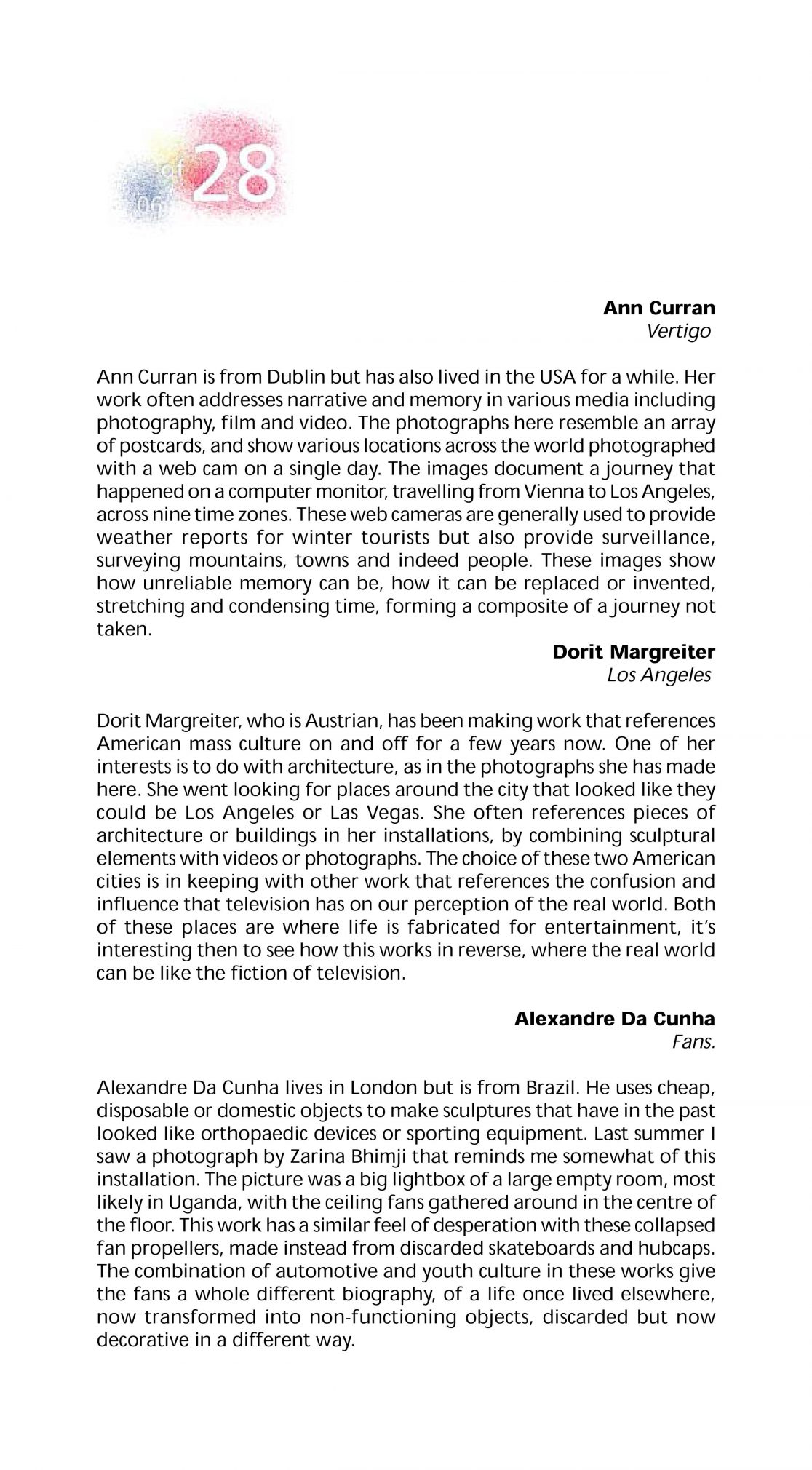 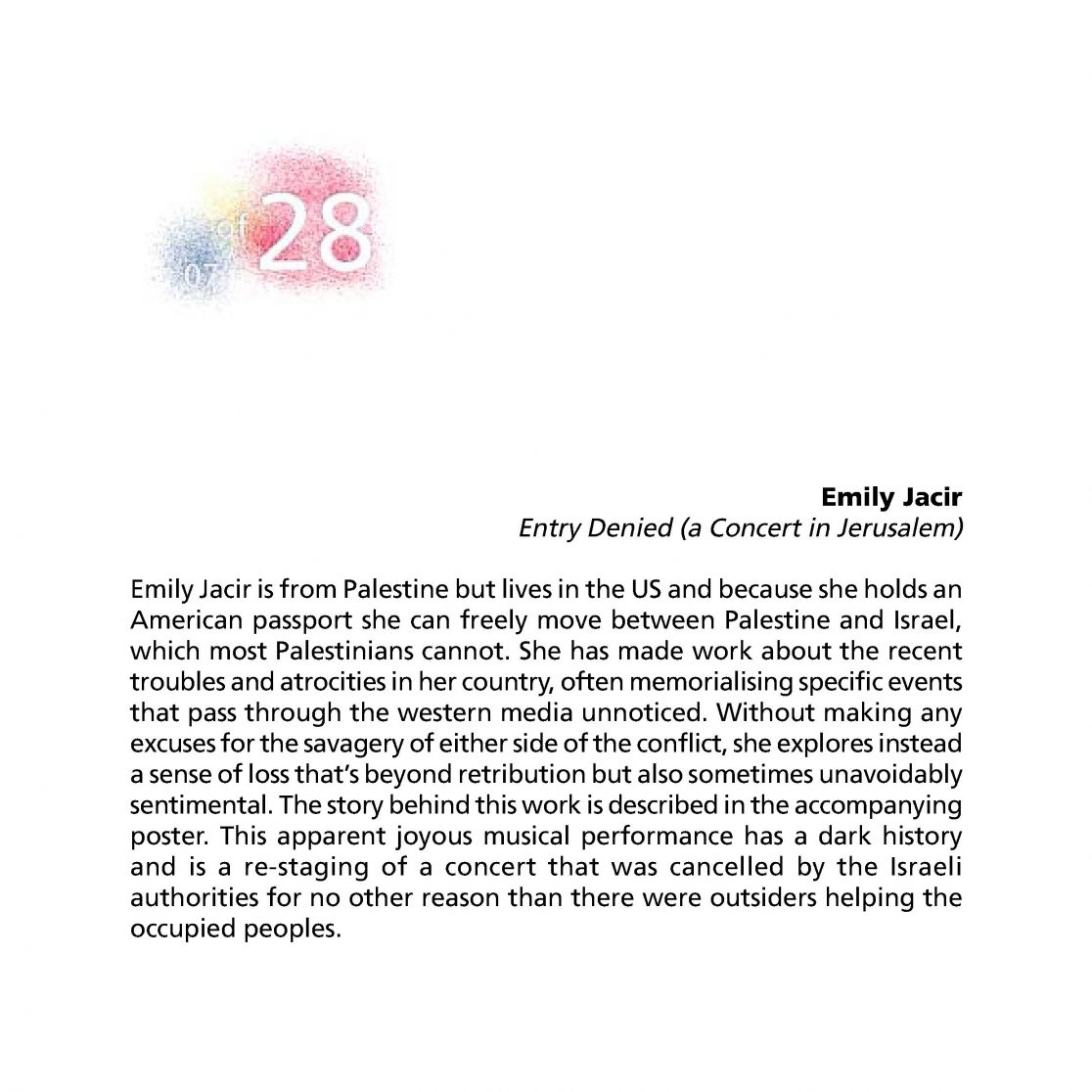 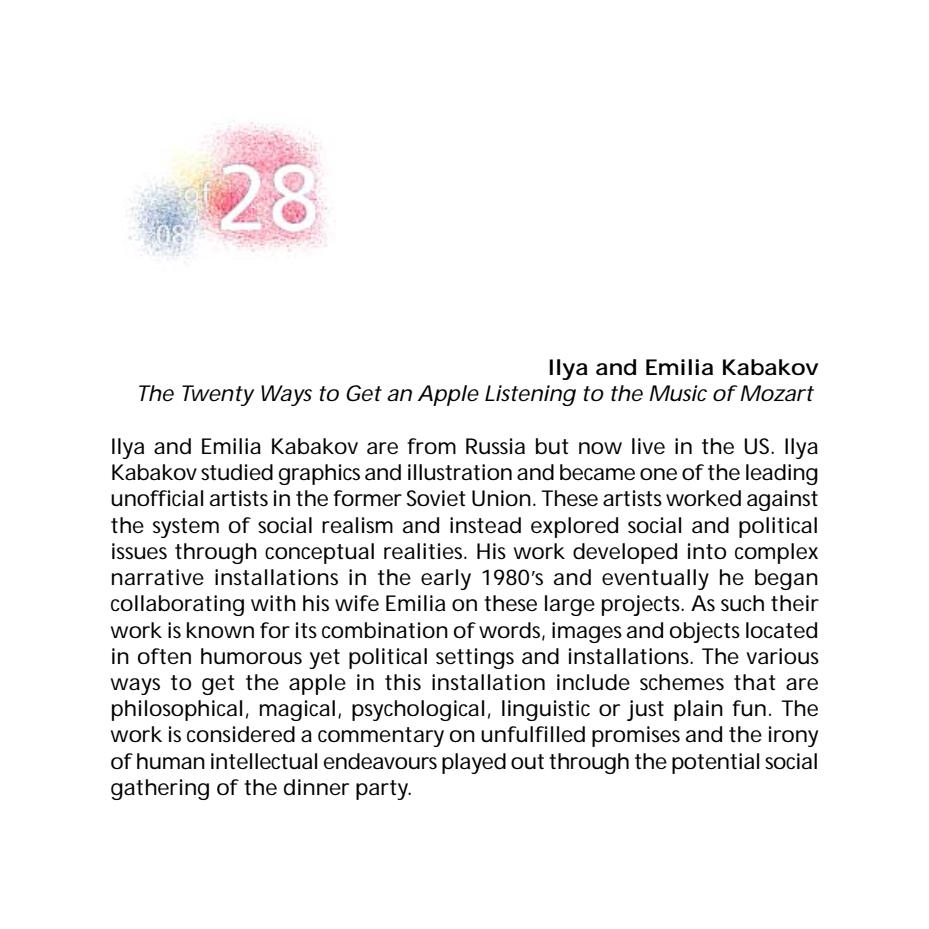 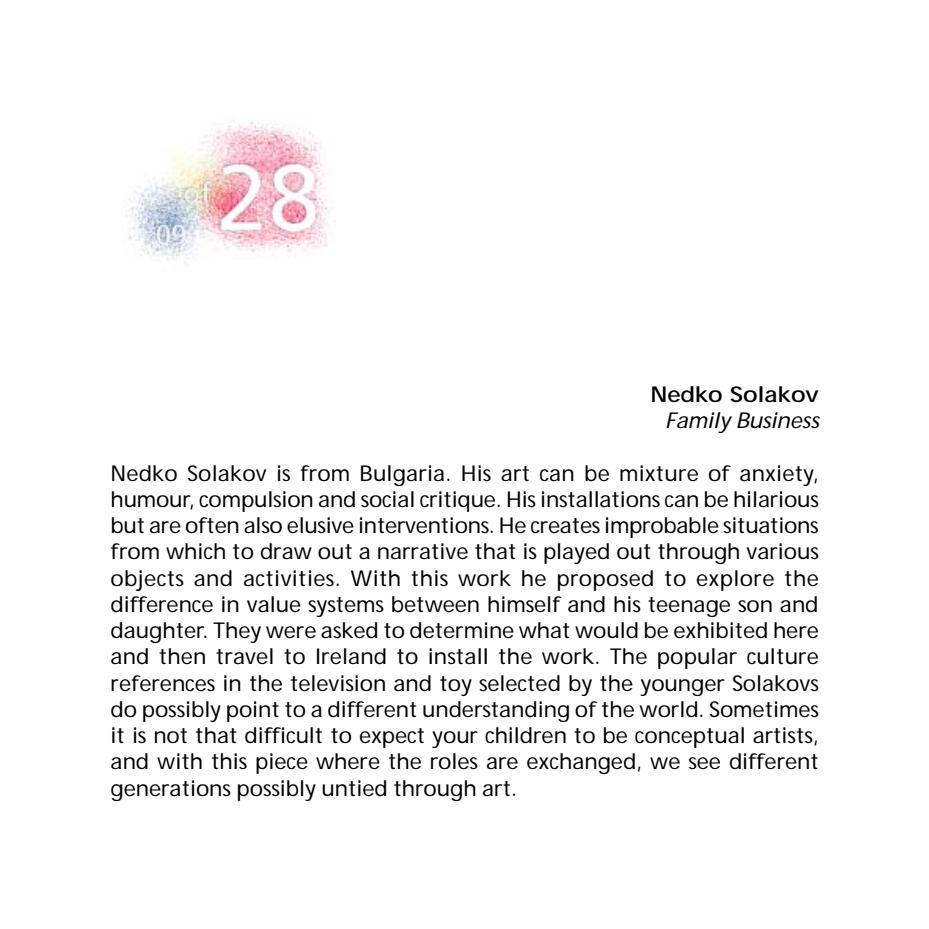 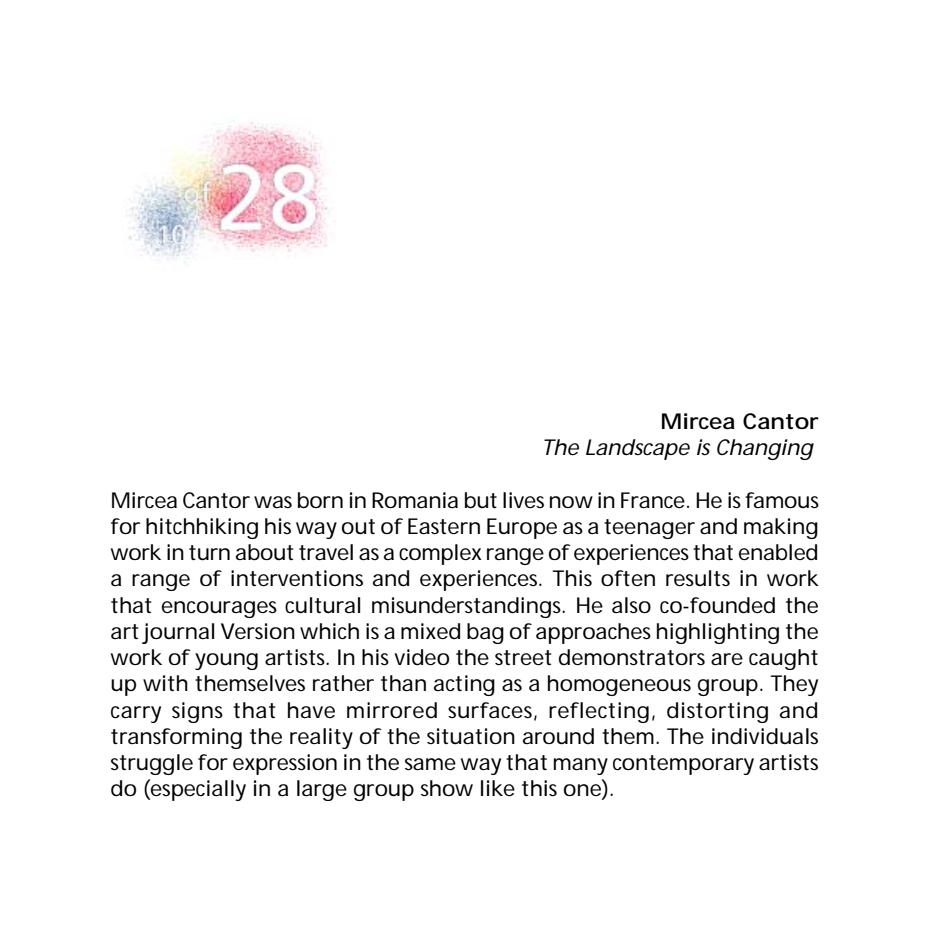 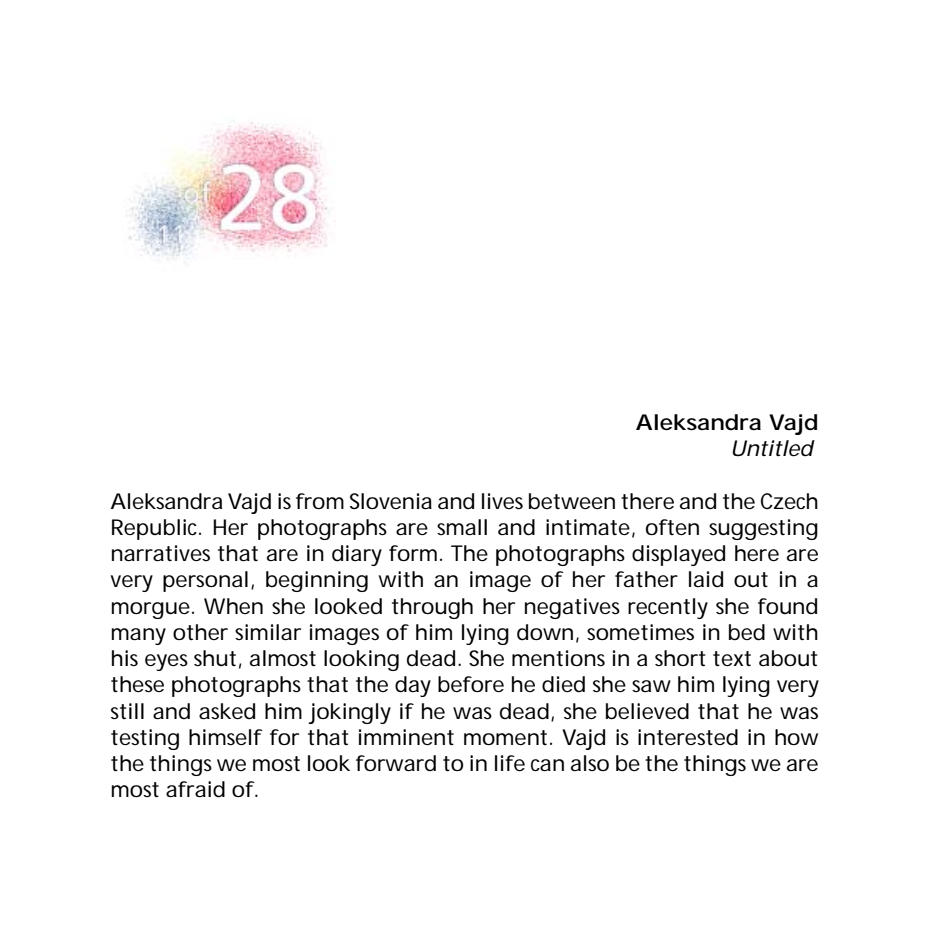 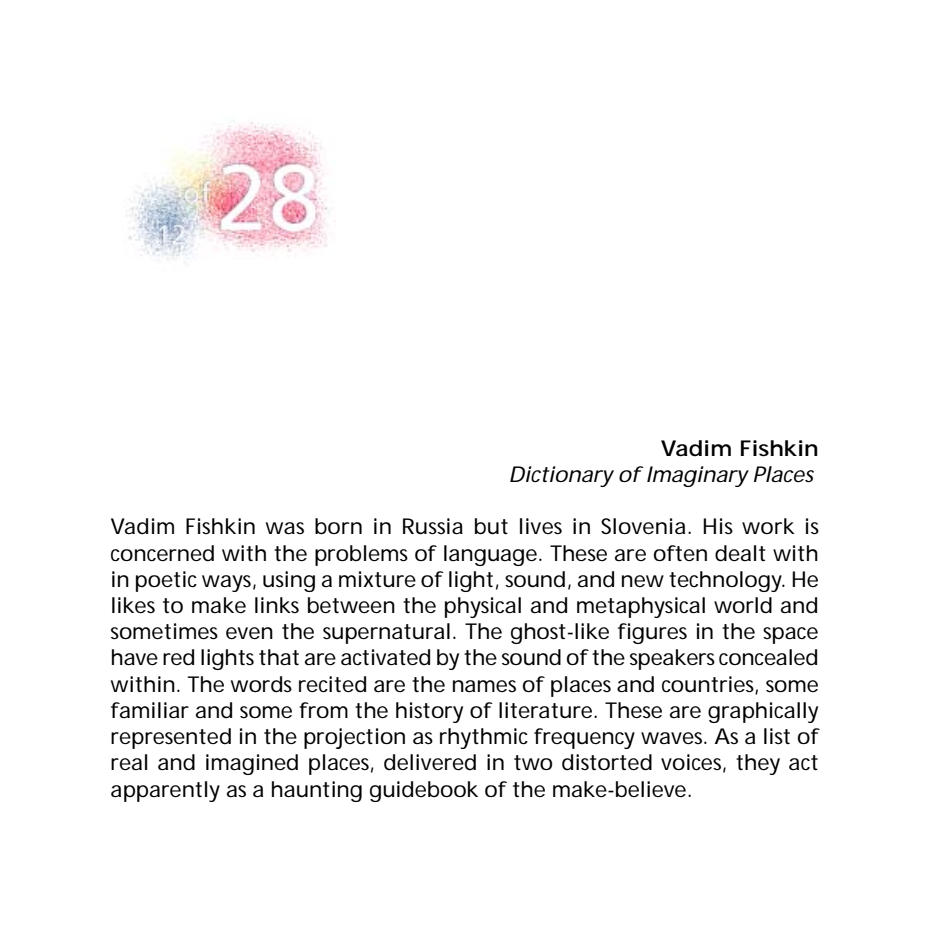 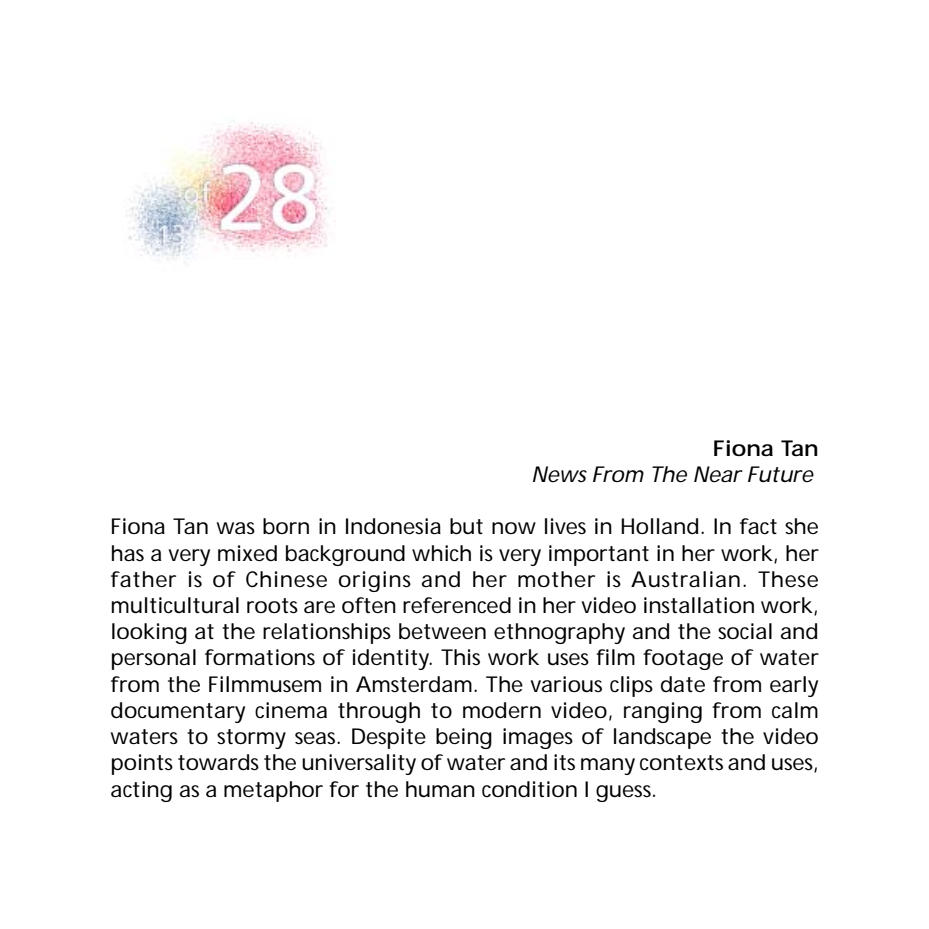 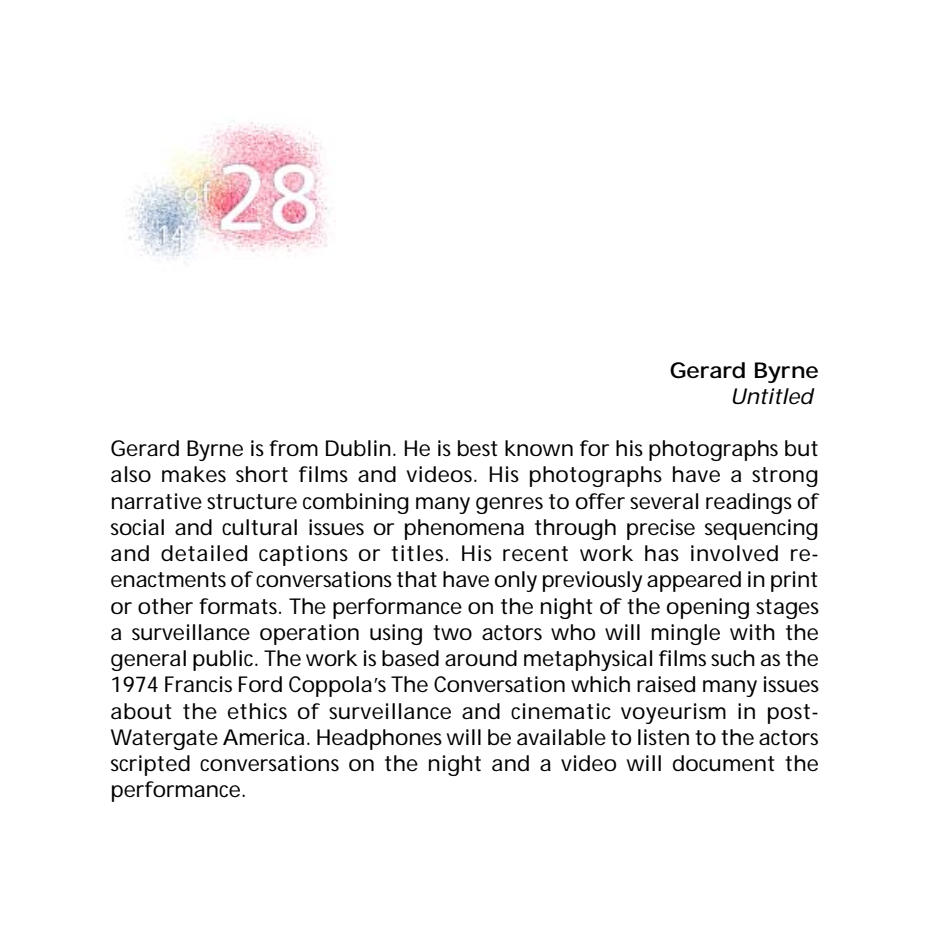 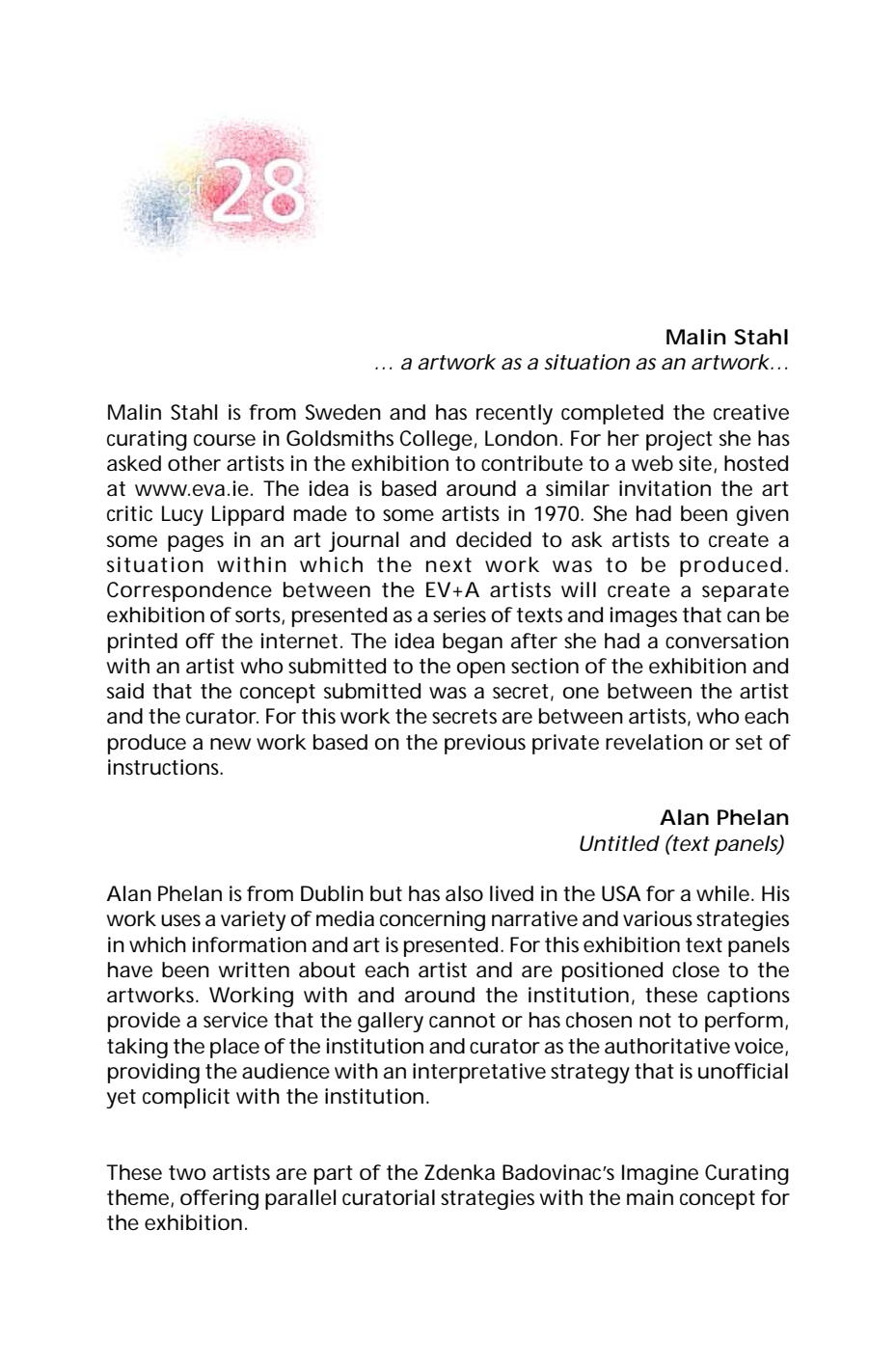 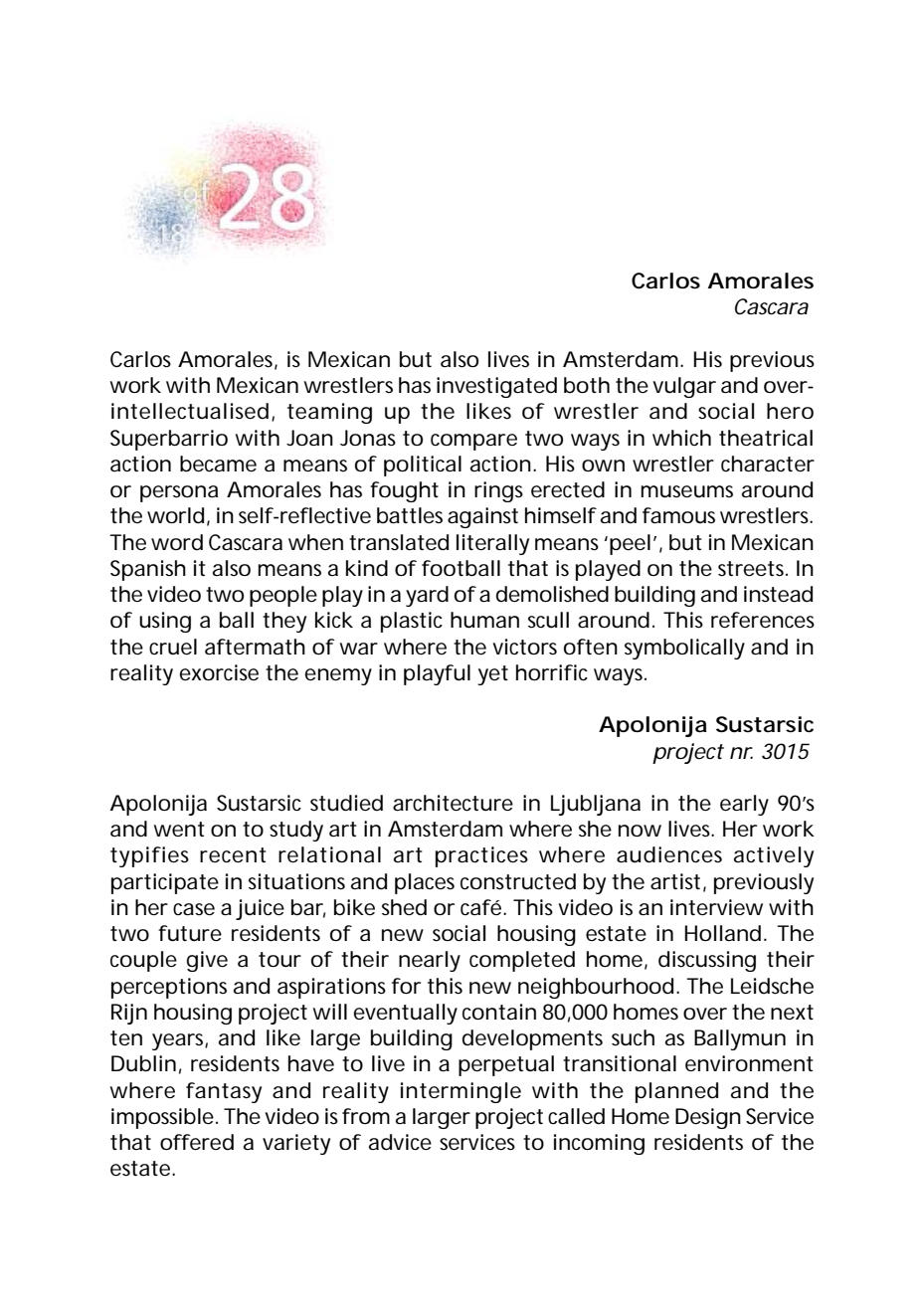 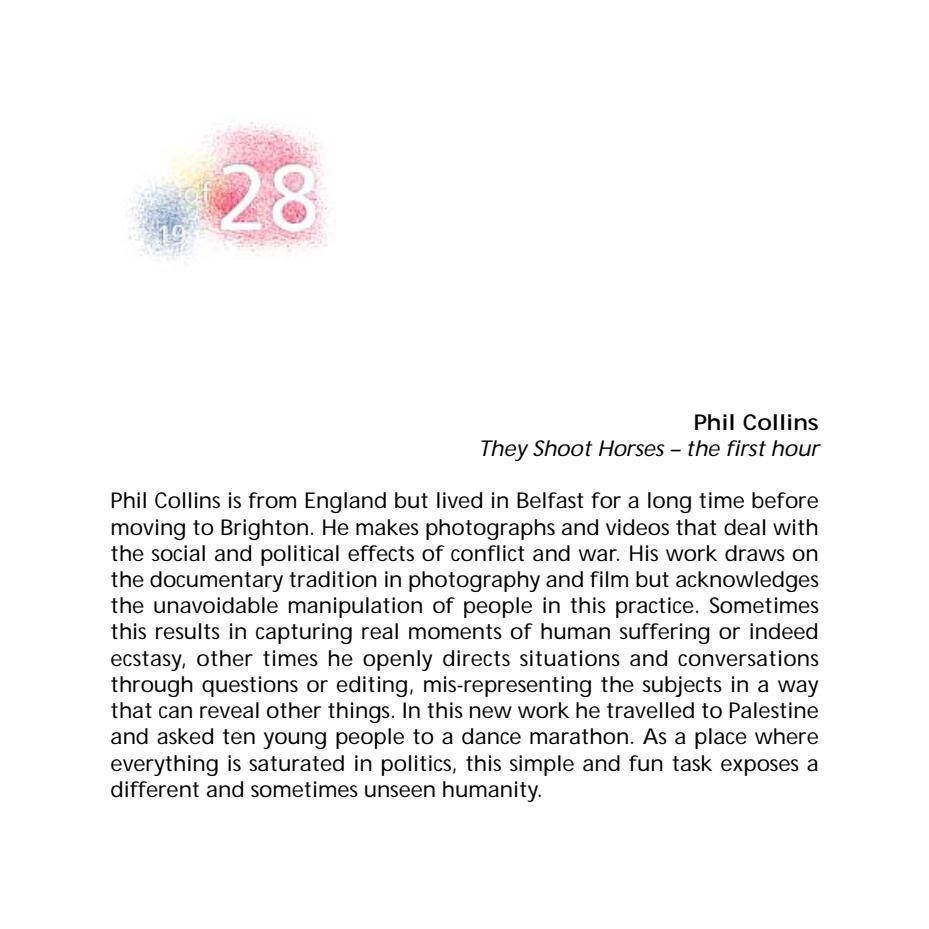 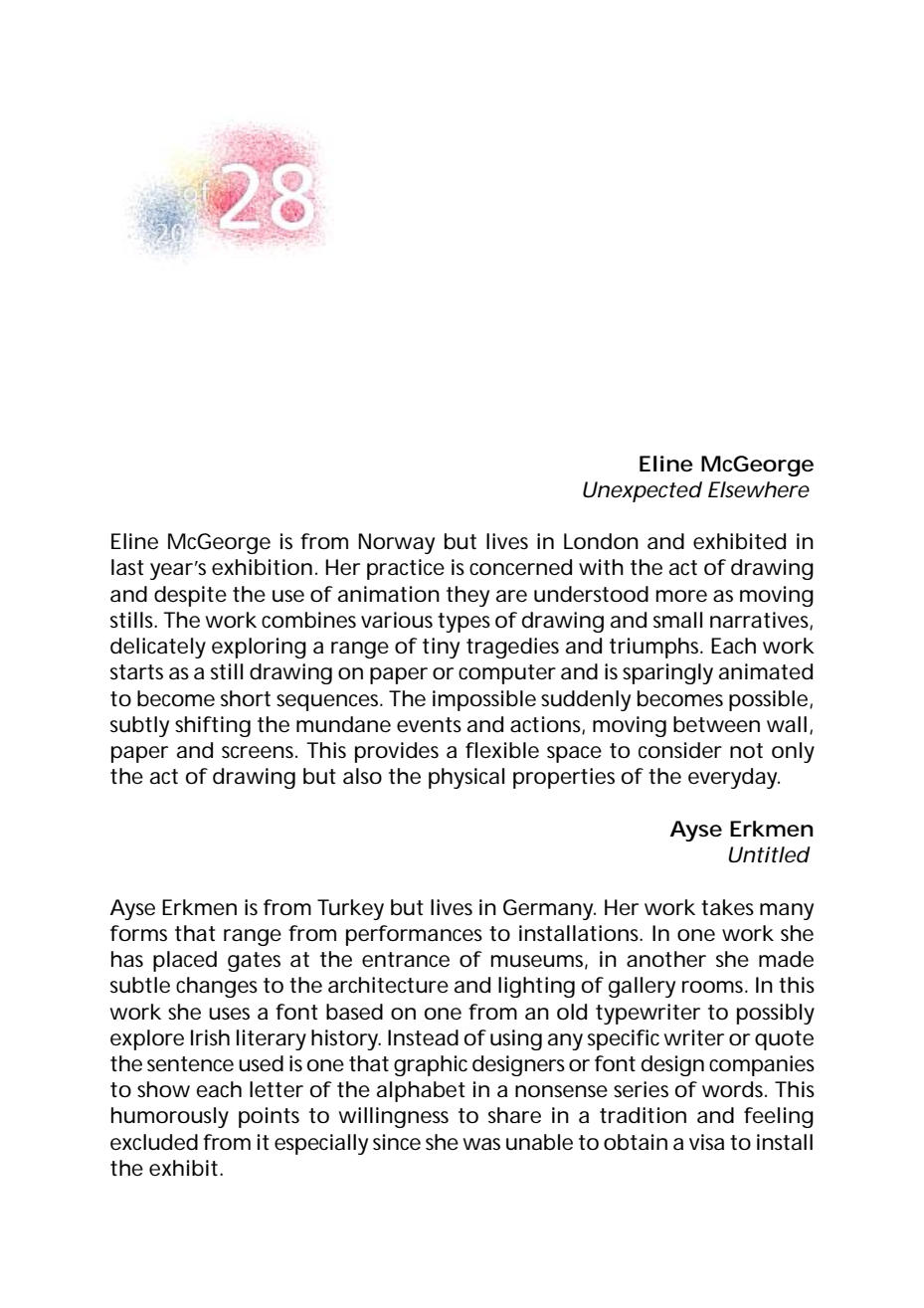 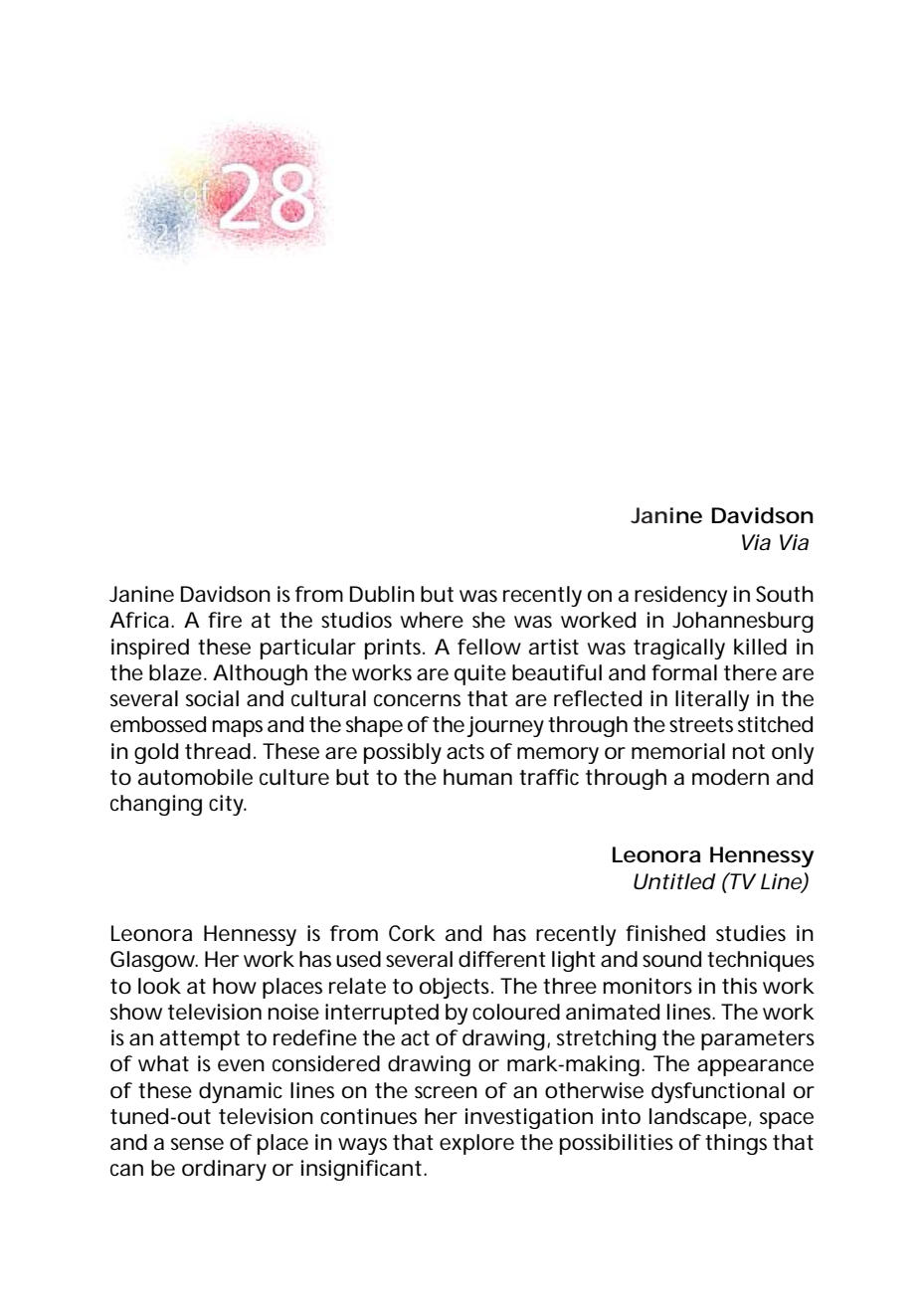 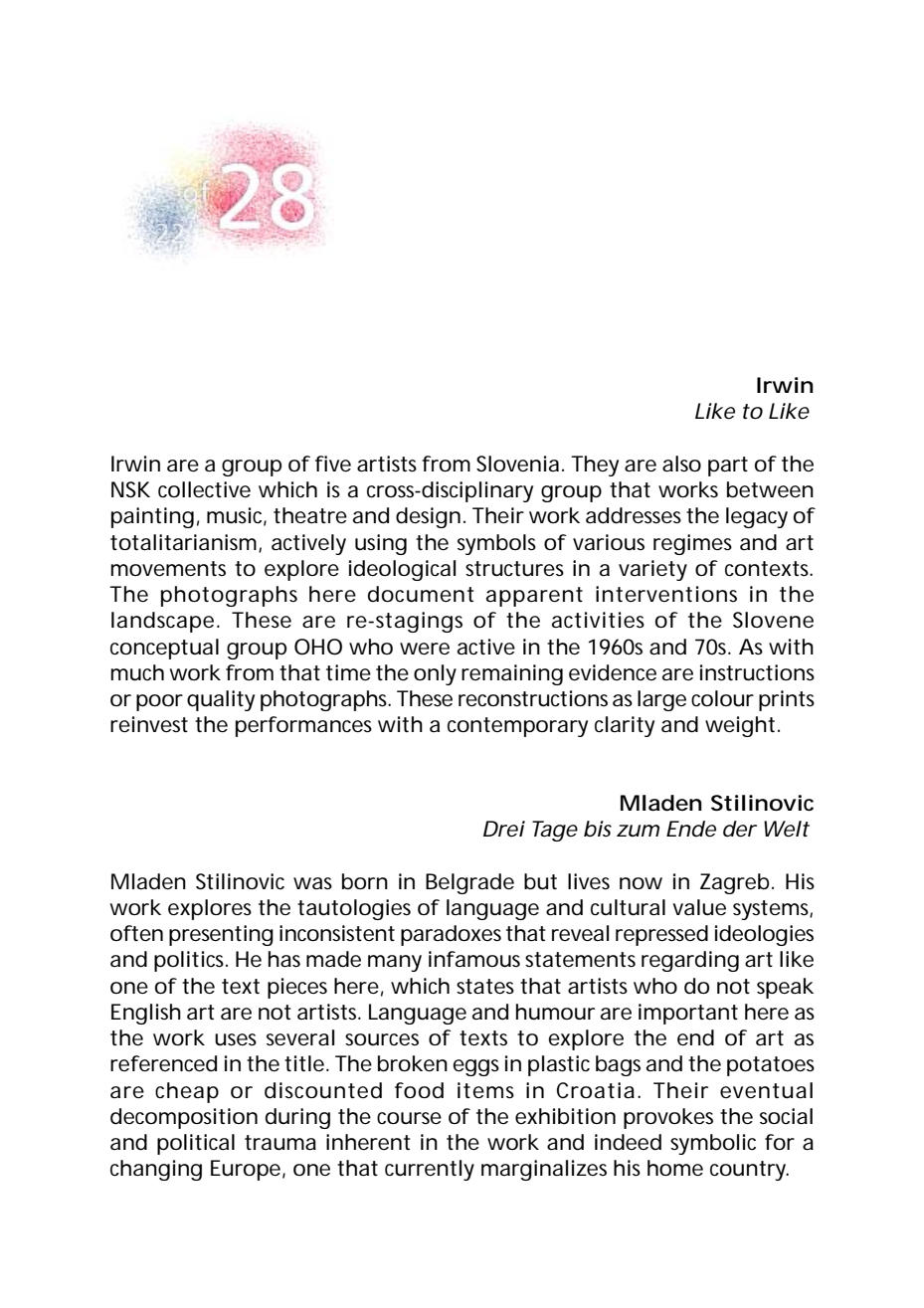 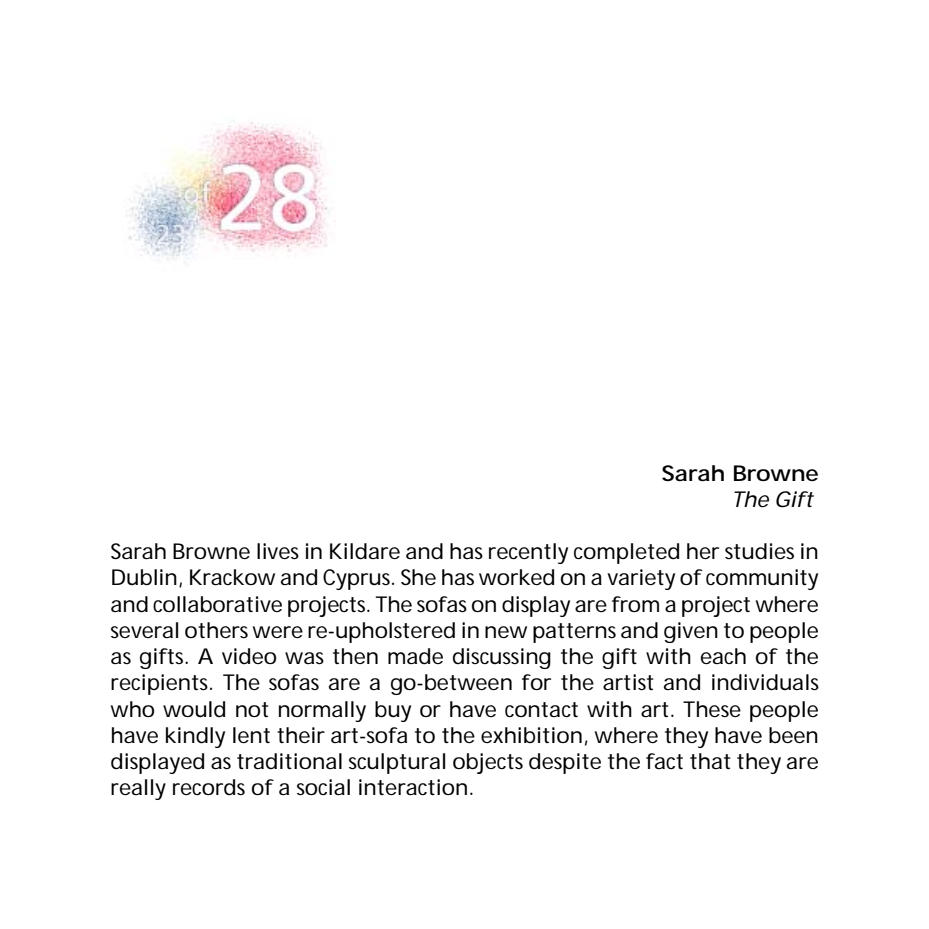 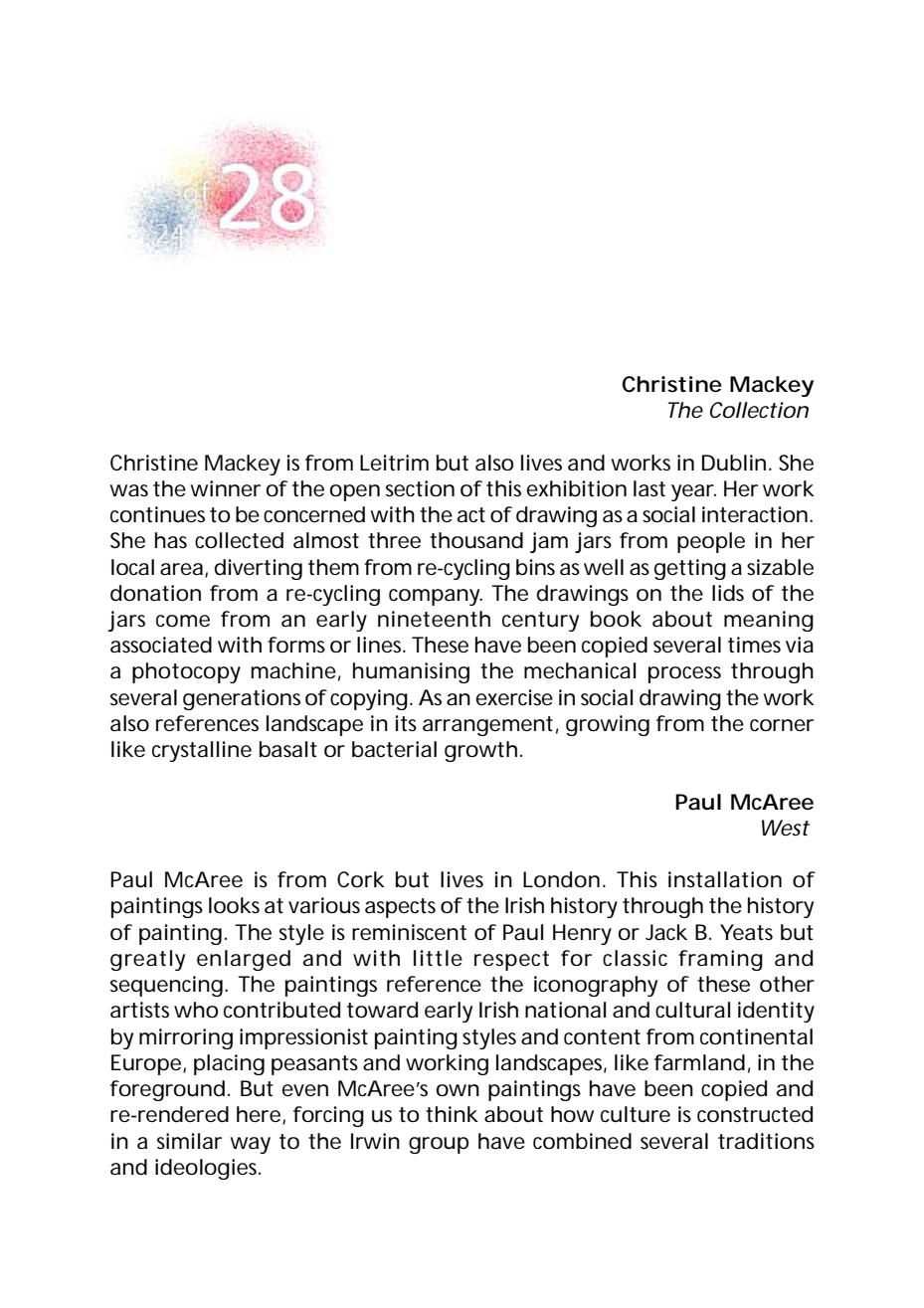 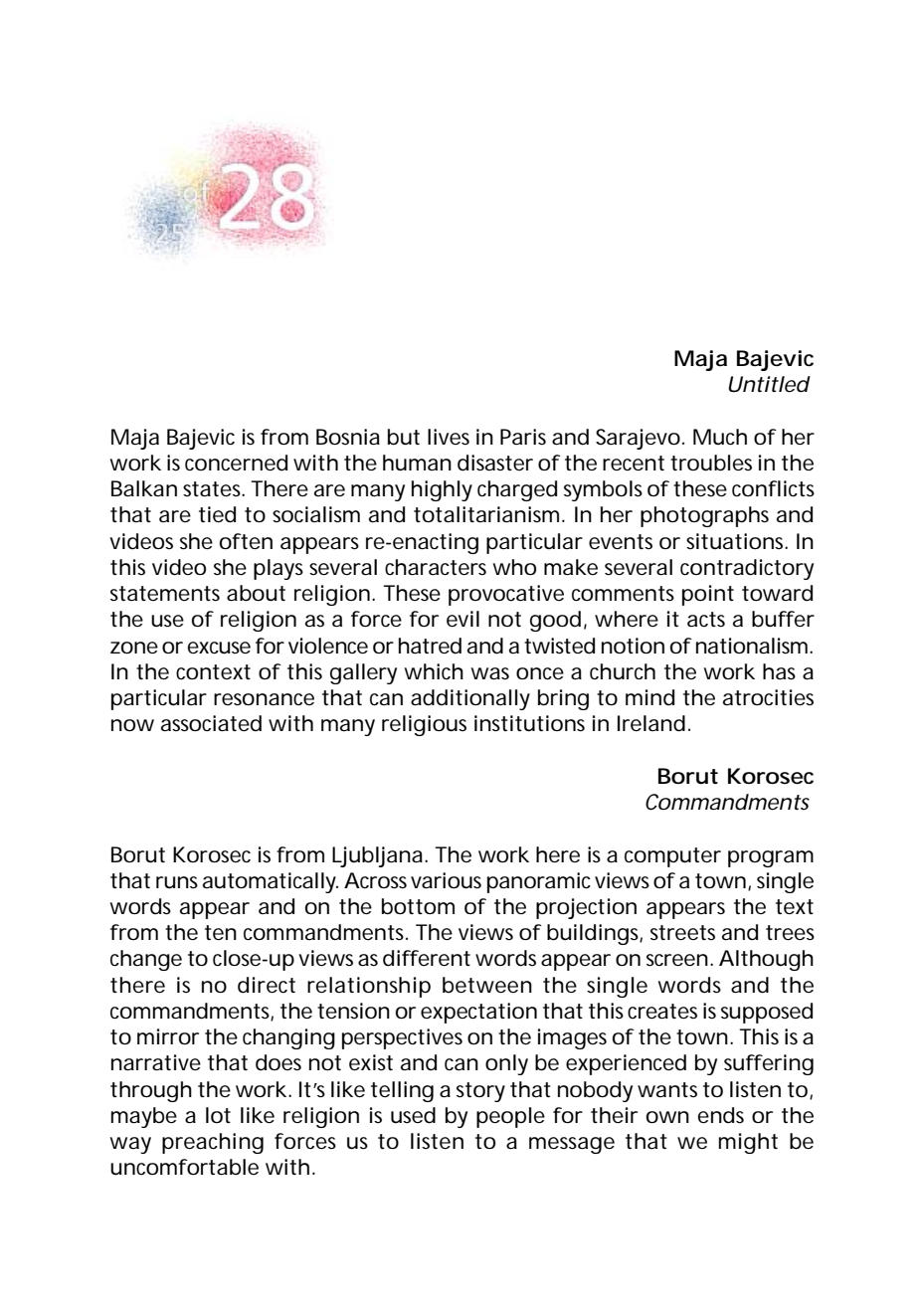 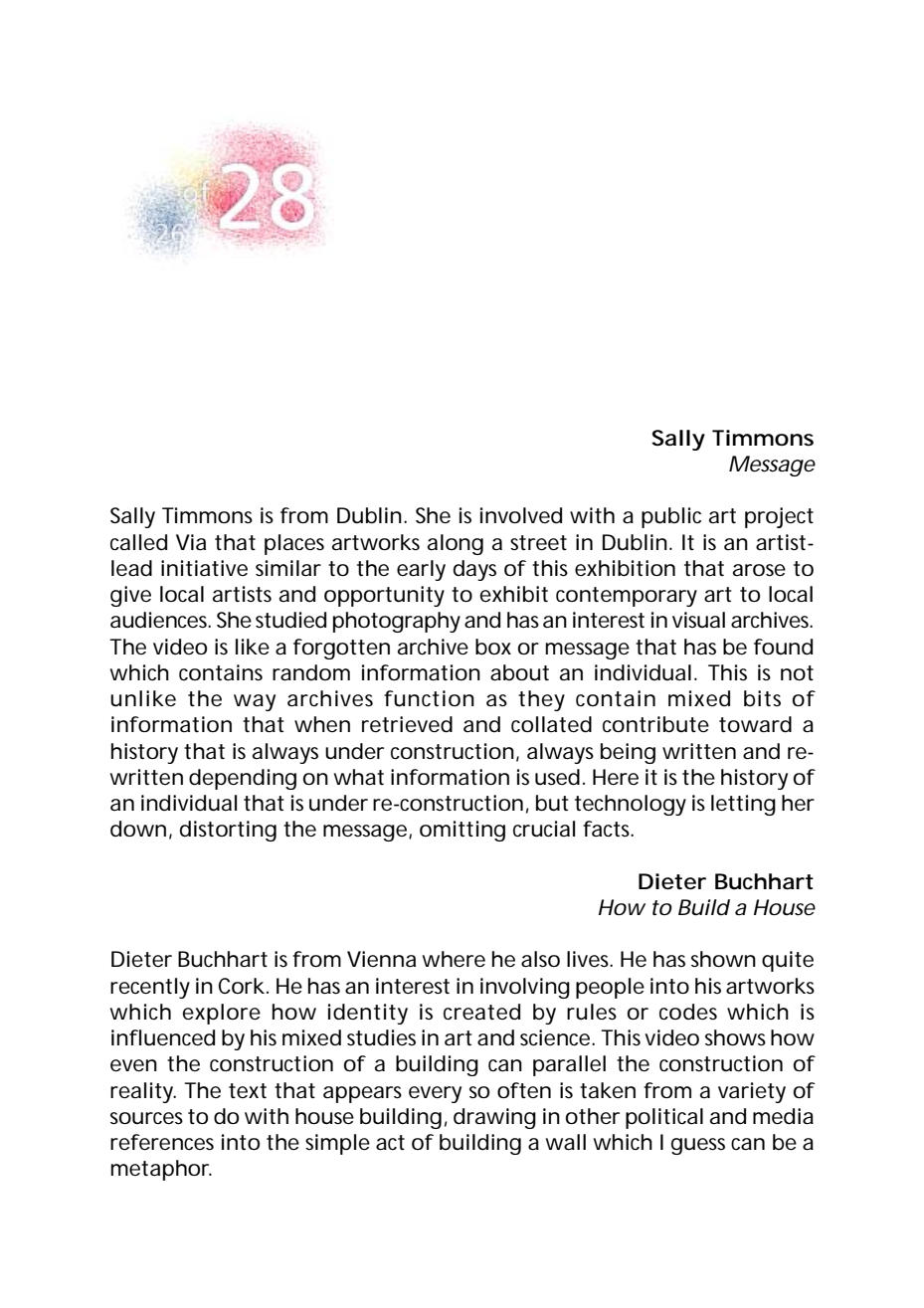 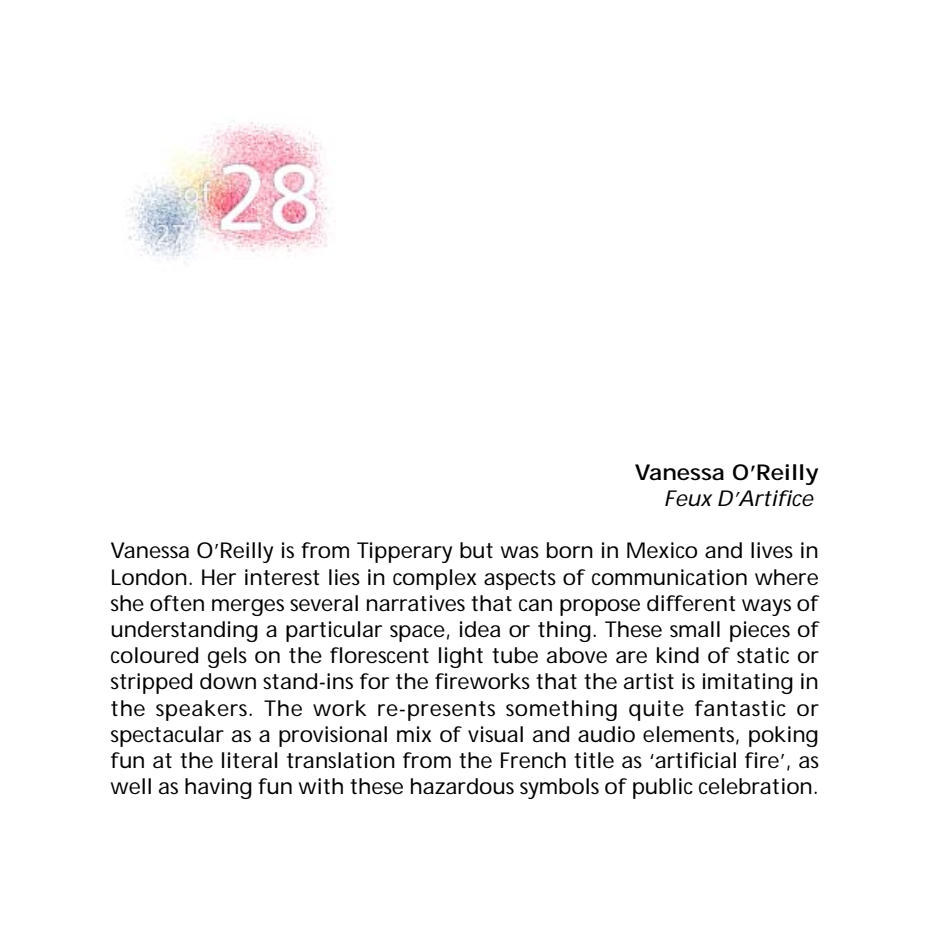 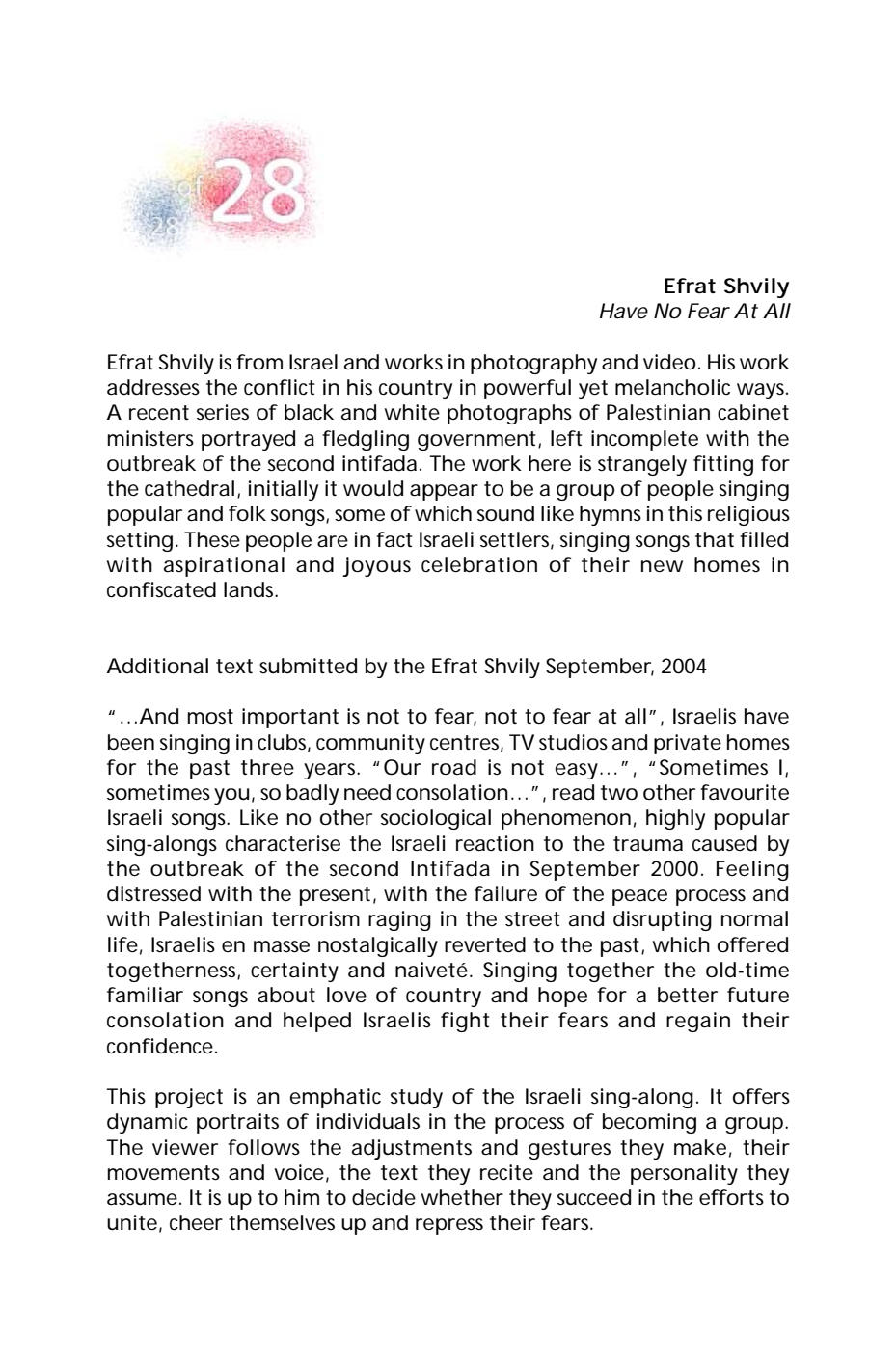