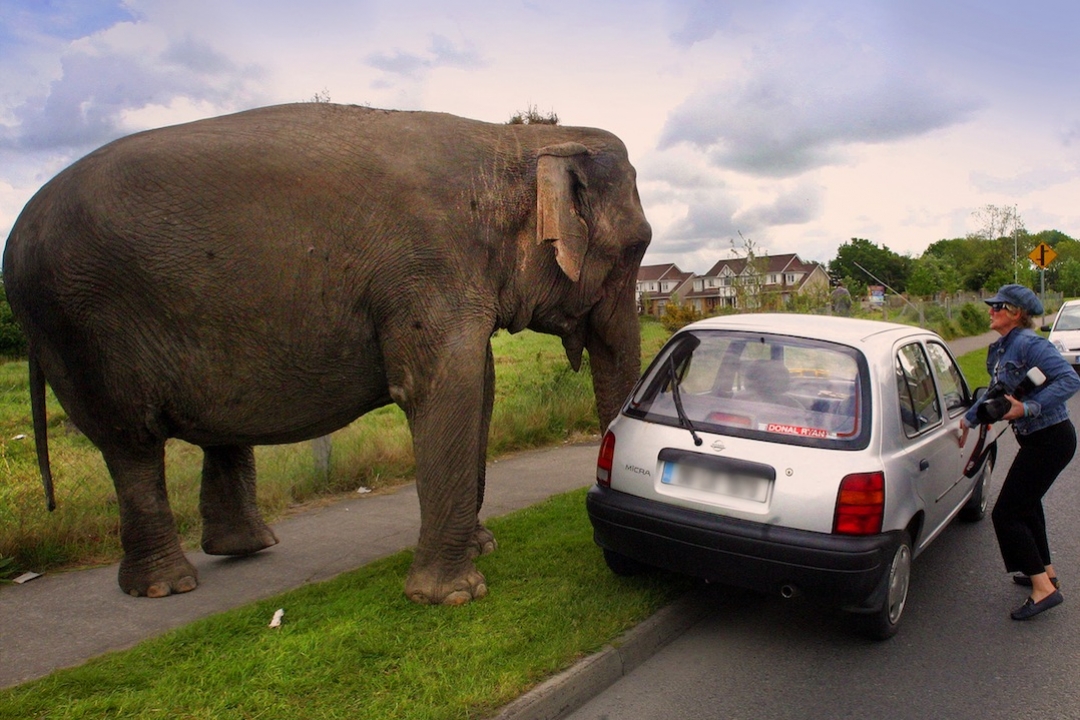 The Founding Phant is co-curated by Paul Quast & Joan Stack as part of the Prequel Programme.

Society today is comprised of a series of spectacles which aim to inspire, astound and encourage reverence to anything which appears striking, out of the ordinary or impressive in nature. Whether the spectacle exists through some exploitation of physics, technology, discovery, détournement or even the intrusion of the extraordinary into the mundane, the ever evolving nature of the term ‘spectacle’ remains deeply associated with and reflective of the culture in which it appears; “The spectacle is not a collection of images; rather it is a social relationship between people, that is mediated by images.” 1

Critical theories state that spectacles manifest themselves as an enormous positive event which exists for the sole purpose of identifying aspects which are unnatural and that the monument of their success becomes their eventual downfall from prestige. However, it is with their striking rise to prominence that spectacles serve the purpose of informing and educating viewers of the reasons behind their reverence. They are a vital part of the way the world is viewed and have been a cornerstone for inspiring the pursuit of knowledge, understanding and celebration over centuries.

The foundation for this open call began as a challenge to artists to create their own spectacle in society equal to that of a historic spectacle that took place in Limerick City 200 years ago. The starting point for this challenge stemmed from a Limerick based newspaper article, 2 published on the 4 May 1813, which detailed the first elephant to visit Limerick City.

Admission is free and all are welcome.