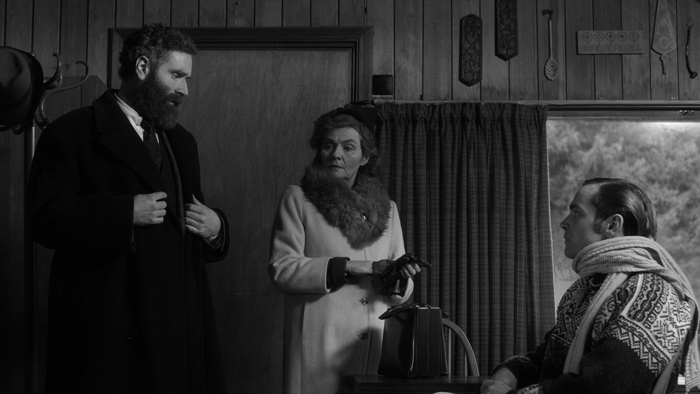 Marking one hundred years since the death of controversial Irish figure Roger Casement, the Naughton Gallery presents Roger, Roger, a discussion and screening event with artists Fionnuala Doran and Alan Phelan.  Within their practices, both artists have been inspired by Casement, a complex man now remembered variously as a patriot, a traitor, and a gay icon.

Doran’s graphic novel, The Trial of Roger Casement (SelfMadeHero, 2016), explores the startling downfall of Casement in comic book form, from his efforts to secure German backing for an independent Ireland to the circulation of his private journals, laying bare his sexuality.

Phelan’s film, Our Kind (2016), adopts a different approach, imagining a future for Casement had he not been executed in 1916, set twenty-five years later in Norway, where he is living in exile with his partner. The film – commissioned by Dublin City Gallery The Hugh Lane – is counterfactual, reflecting on the subjectivity common in historical interpretation, and throwing into question the muddled scholarship around this multi-faceted historical figure.

The Naughton Gallery’s Ben Crothers will discuss both works with Doran and Phelan, followed by a screening of Our Kind.  Original sketchbooks and drawings by Doran will also be on display.