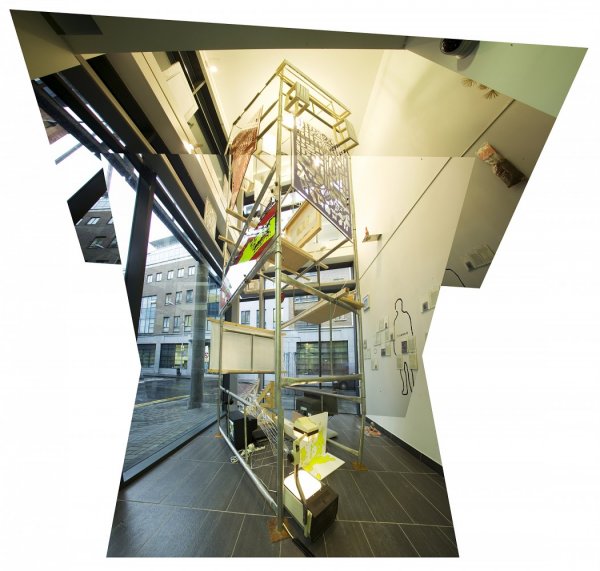 The LAB is pleased to present the work of Alan Phelan. Over the past ten years Phelan’s practice has been concerned with a variety of approaches to biography which were brought together in the publication “Bio” in 2005. Much of this work has never been exhibited in Dublin. For this show a new configuration of selected works with be installed. The works will be attached to and located around a large scaffold tower in The LAB. This installation will contain sculpture, video, photography, works on paper from various projects from the last 11 years as well as incorporating new works. The installation will promblematise many of the specific narratives associated with the individual works as the works will have to function in a dynamic new context.